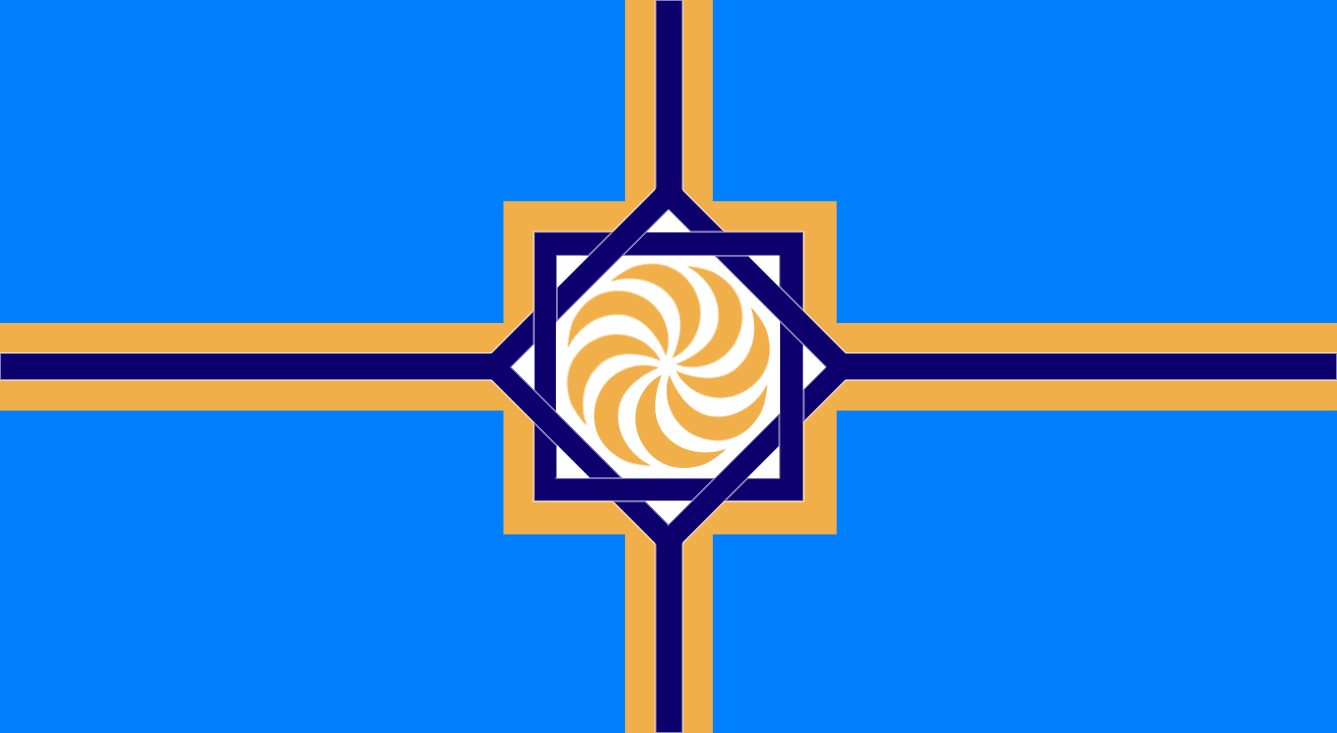 On this basis, the National Council approved the flag of Western Armenia.

I’ve created a vector version that I’m releasing under creative commons. Everyone who wants to use it to make a personal flag feel free to do so. Here is the vector file:

At first glance the sturcture of the flag resembles the Ejmiatsin flag. Also we see the flag depicts the Armenian Wheel of Eternity at the center. The 8 pointed Armenian star is distinctly noticeable around the eternity sign. And off course the Christian cross on the backdrop. Colors remind us of many west Armenian flags but I am not sure about their precis meaning.

The National flag of Armenia (Armenian Flag) was adopted on the 24th of August, 1990 by Supreme Soviet. The tricolor has three equal horizontal fields – red, blue and orange.
The Armenian flag colors are not meaningless. If you are interested, read more at (https://www.iarmenia.org/armenian-flag/) page.