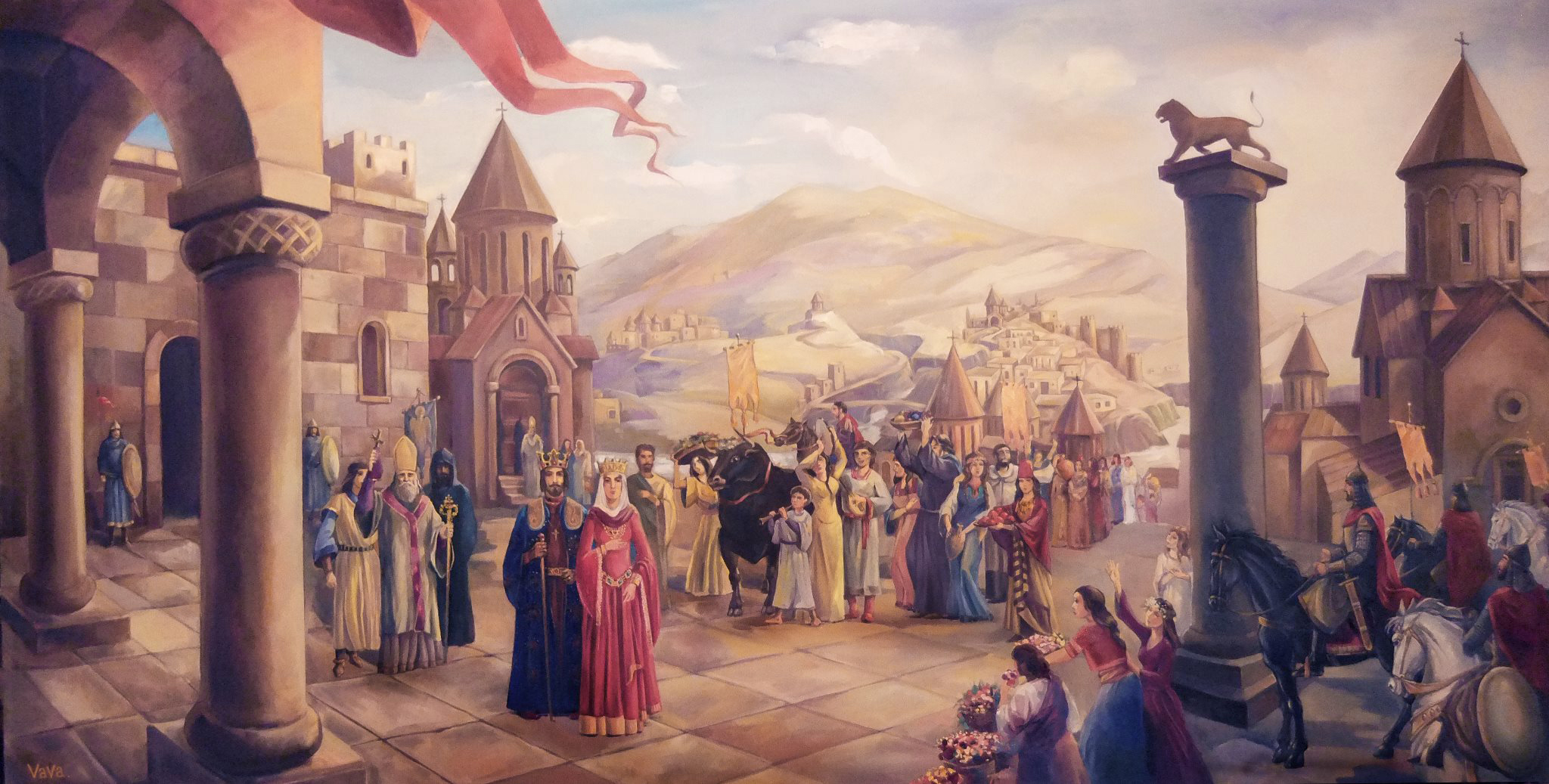 Throughout thousands of years Armenia has had ever changing empires and kingdoms. The time period which many argue as the greatest empire in our history was the first major kingdom to appear under the name “Armenia”, taking place from roughly 321 BC to 428 AD. The Kingdom which included Tigranes the Great and ended with Artaxias IV saw Armenia become the largest it has ever been. Stretching from the Mediterranean to the Caspian Sea in 69 BC. While learning about this time period is an important and enjoyable experience there is another kingdom in history that is less known but provides enough to keep you reading for hours.

The Bagratid Kingdom of Armenia was the second major kingdom in Armenian history. After being controlled by the Persians and Umayyad Arabs for centuries the Royal House of Bagratid was finally able to secure their independence from the Arabs in the late 800’s. Ashot I, born in 820 and the first ruler of the new kingdom had taken control of most of the historical Armenia lands by 884. By carefully playing the situation between the Umayyad Caliphate and the Byzantines, Ashot was able to secure full independance and restore the monarchy, which was confirmed by the sending of a crown by both leaders of the two empires, Basil I of Byzantium and Caliph Al-Mu’tamid. A thing like this had not been accomplished in Armenia since 428. While his reign of six years (from 884-890) was short lived, the foundation he laid out for the budding kingdom has never been forgotten. His son Smbat I of Armenia went on to lead for 24 years after him from 890-914.

This great kingdom lasted from the mid 880’s to 1045. Though later on in its history Bagratid Armenia was really comprised of smaller sub-kingdoms, they more or less acted as one. Some of the main ones were:

During this time some of Armenia’s greatest works of architecture, writing, and prosperity occured. The churches were built so well during this time period that many still stand even to this day in Armenia and Turkey. Many of these include the Monastery of Horomos, the Cathedral of Ani, and Sevanavank. Many manuscripts and illustrations are still in good condition as well.

With the help of the kings of this dynasty there was also an increase of knowledge and higher learning in the monasteries. The most impressive feat during this time though may be the flourishment of the city of Ani. Being a trading point between the Byzantines, Arabs, and many others today the ancient city is seen as a cultural and architectural marvel of the time. Today it lays in ruins on the border of Turkey and Armenia, with a hope of one day being restored to some of its former glory by future Armenians.

Sadly the kingdom fell to the Byzantines and not soon after the Seljuk Turks, due to the withering power of the empire as well as the various infighting between relatives. Though the kingdom lasted much shorter than the Armenian Kingdom of antiquity, it is still a proud and important part of history. Next time you’re in Armenia I would make sure to try and see some of the buildings still standing, it will be an experience that will make you proud and amazed.

Love the articles from People of Ar. Keep up the great work of artistic journalism!

Thank you! The praise should go to Kietos Starikian for this one.

Very interesting and inspiring. Thorough but at the same time laconic.

Good seeing an article after a longtime!!

Thank you once again PeopleOfAr. Another informative article on our beautiful history and art. I am so happy I found you online. Thank you!