The Indo-European language family includes most of the European languages like English, Spanish, French, German, Greek, Russian, but also Armenian, Persian and Hindi. With over 400 languages (including dialects) it is by far the world’s largest language family and is spoken by almost 3 billion native speakers world wide. Armenian language is considered to be one of the oldest surviving members of this family, with some estimates going as far as 5000 BC.

All these languages at some point in history trace origin to a people who first spoke the precursor of this mother tongue. Historians and linguists have long tried to identify the homeland of the first Indo-European speakers, resulting in the proposal of various hypotheses. One such hypothesis suggests that the first Indo-European speakers originated from the Armenian Plateau and spread both east and west as they migrated bringing with them the knowledge of farming. However, this theory never gained much acceptance among linguists due to lack of solid evidence and an assumption that the Caucasus mountains served as an insurmountable barrier for human movement. 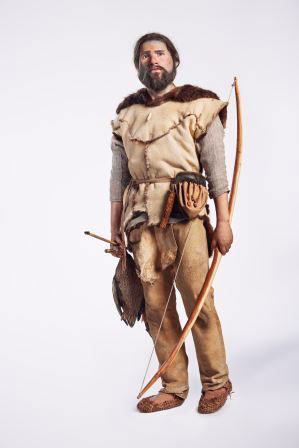 But where the linguists and historians got stuck, modern geneticists have managed to present clear evidence for ancient mass-migrations into Europe. Supported by these new findings it is becoming more and more clear that the original Indo-European speakers lived in the Armenian Highlands, with modern Armenians being the best representatives of this ancient population.

A few years ago (in 2015) a major study published in Nature concluded that the Armenian plateau hypothesis and the Steppe hypothesis gained in plausibility. I covered the subject in a post back in 2015 titled: The Armenian Plateau Hypothesis Gains In Plausibility The study was widely covered in the media because it had produced first ever solid evidence for the mass-migration of ancient peoples from the Pontic Steppe (the so called Yamnaya culture) into North-Western Europe bringing with them their Indo-European language. What was less widely covered however is the discovery of the genetic connection between the Yamnaya and the ancient Armenians.

The Armenian plateau hypothesis gains in plausibility by the fact that we have discovered evidence of admixture in the ancestry of Yamnaya steppe pastoralists, including gene flow from a population of Near Eastern ancestry for which Armenians today appear to be a reasonable surrogate. – (Haak et. al., 2015)

It became apparent that the Yamnaya who spread the Indo-European language into Europe, themselves trace origin from the people south of the Caucasus mountains. But the problem of the Caucasian barrier remained. Scholars assumed that the Caucasian mountains served as a genetic barrier and that the people from the south of the Caucasus mountains wouldn’t likely cross them in significant numbers to account for the spread of the Proto-Indo-European language. Consensus on this assumption however is rapidly changing since new studies on ancient DNA have revealed exactly the opposite to be true.

The renown geneticist David Reich in his recently published book from the Oxford University press titled Who We Are and How We Got Here: Ancient DNA and the New Science of the Human Past (2018) describes the origins of the Indo-Europeans as follows:

From seven thousand until five thousand years ago, we observe a steady influx into the steppe of a population whose ancestors traced their origin to the south-as it bore genetic affinity to ancient and present-day people of Armenia and Iran-eventually crystallizing in the Yamnaya, who were about a one-to-one ratio of ancestry from these two sources. A good guess is that the migration proceeded via the Caucasus isthmus between the Black and Caspian seas.

Ancient DNA available from this time in Anatolia shows no evidence of steppe ancestry similar to that in the Yamnaya (although the evidence here is circumstantial as no ancient DNA from the Hittites themselves has yet been published). This suggests to me that the most likely location of the population that first spoke an Indo-European language was south of the Caucasus Mountains, perhaps in present-day Iran or Armenia, because ancient DNA from people who lived there matches what we would expect for a source population both for the Yamnaya and for ancient Anatolians. If this scenario is right the population sent one branch up into the steppe-mixing with steppe hunter-gatherers in a one-to-one ratio to become the Yamnaya as described earlier- and another to Anatolia to found the ancestors of people there who spoke languages such as Hittite.

– David Reich, Who We Are and How We Got Here: Ancient DNA and the New Science of the Human Past, Knopf Doubleday Publishing Group, 2018, p.120

Modern Armenians thus best represent the ancient people of the Armenian Highlands who migrated in several directions, crossing the Caucasus and establishing the Yamnaya culture as well as moving westwards into central Anatolia and establishing cultures such as that of the Hittites.

The genetic prehistory of the Greater Caucasus

A brand new genetics study by Wang (et al. 2018) titled: The genetic prehistory of the Greater Caucasus, soon to be published in Nature, confirms this conclusion by demonstrating that the Caucasus mountains did not serve as a barrier but rather as a bridge between the people south of the Caucasus and those of the Pontic Steppe.

The extent to which the Caucasus has played an important role for human population movements between south and north over the course of human history is thus a critical question, and one that until now has been unanswered by archaeogenetic studies. (Wang et. al., 2018)

Regarding the homeland of the Indo-European languages the study concludes:

The insight that the Caucasus mountains served not only as a corridor for the spread of CHG/Neolithic Iranian ancestry but also for later gene-flow from the south also has a bearing on the postulated homelands of Proto-Indo-European (PIE) languages and documented gene-flows that could have carried a consecutive spread of both across West Eurasia. Perceiving the Caucasus as an occasional bridge rather than a strict border during the Eneolithic and Bronze Age opens up the possibility of a homeland of PIE south of the Caucasus, which itself provides a parsimonious explanation for an early branching off of Anatolian languages. Geographically this would also work for Armenian and Greek, for which genetic data also supports an eastern influence from Anatolia or the southern Caucasus.

The study also makes two other striking conclusions. It demonstrates that the modern people of the North Caucasus have not remained unadmixed as they have received additional genetic admixture from subsequent invasions during the Iron Age and the middle ages (from people of central Asia), while the modern Armenians remain an unchanged genetic representative of the source population of the first Indo-European speakers.

When compared to present-day human populations from the Caucasus, which show a clear separation into North and South Caucasus groups along the Great Caucasus mountain range (Fig. 2D), our new data highlights that the situation during the Bronze Age was quite different. The fact that individuals buried in kurgans in the North Caucasian piedmont and foothill zone are more closely related to ancient individuals from regions further south in today’s Armenia, Georgia and Iran allows us to draw two major conclusions.

First, sometime after the Bronze Age present-day North Caucasian populations must have received additional gene-flow from populations north of the mountain range that separates them from southern Caucasians, who largely retained the Bronze Age ancestry profile. The archaeological and historic records suggest numerous incursions during the subsequent Iron Age and Medieval times, but ancient DNA from these time periods is needed to test this directly.

Second, our results reveal that the Greater Caucasus Mountains were not an insurmountable barrier to human movement in prehistory. Instead the foothills to the north at the interface of the steppe and mountain ecozones could be seen as a transfer zone of cultural innovations from the south and the adjacent Eurasian steppes to the north, as attested by the archaeological record.

The study was also able to identify genetic links between the Maykop culture and the Kura-Araxes culture of the Armenian Highlands.

Our results show that at the time of the eponymous grave mound of Maykop, the North Caucasus piedmont region was genetically connected to the south… Within this sphere of interaction, it is possible that cultural influences and continuous subtle gene flow from the south formed the basis of Maykop.

Moreover, our data shows that the northern flanks were consistently linked to the Near East and had received multiple streams of gene flow from the south, as seen e.g. during the Maykop, Kura-Araxes and late phase of the North Caucasus culture.

These DNA studies provide us with important insights into ancient history that would otherwise remain unexplored. The previously held notion that the Caucasus mountains served as an insurmountable genetic barrier has been invalidated by these findings. Increasing body of evidence further suggests that the original Indo-European speakers lived in the Armenian Highlands and modern Armenians today are the best representatives of this ancient population that gave rise to the world’s largest language family. This conclusion explains well the early existence of Indo-European languages in Anatolia, Armenian Highlands as well as in the Pontic Steppes.

Armenia – the navel of the world. A place of beginnings (linguistically and otherwise). Noah and his three sons branched out from this corner of the globe. One of the things that I noticed about my recent trip to Armenia was the “feminine” quality of the landscape (for lack of a better way of putting it). I thought Ararat and Masis would be more thunderous/masculine, but I found it to be soft and painterly. The lush groves and fruit trees, etc. The matrix of the world.

Seems unlikely that Armenians invaded into the steppe considering that only 22% of armenians have an INdo-European Y DNA marker. Likely the steppe raided down and mixed with Armenian women.

Well the Steppe people hold around 50-60% Armenian-like DNA. So if we’re talking odds, it’s more likely that the predecessors of Armenians moved north to much newer settlements than the north moving south to the more advanced ancient civilizations.