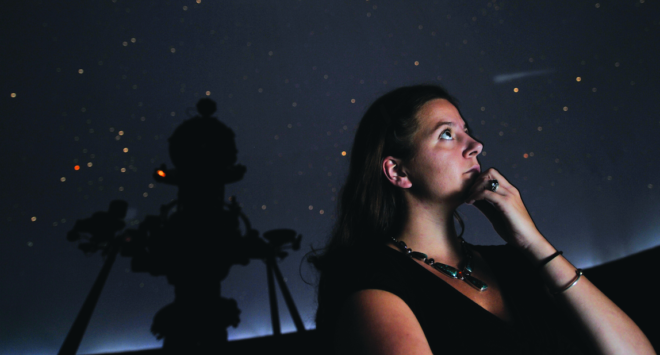 The 2015 publication of an enigmatic star made huge waves in the media. People quickly started to speculate of a possible “Alien Megastructure” that is blocking the view of the star KIC 8462852 colloquially known as “Tabby’s Star” or “Boyajian’s Star”. Bizarrely enough, however, this is not outside of possibility.

“We’d have to rewrite astronomy’s textbooks… This could be the biggest story of the past 500 years…” – said America’s famous theoretical physicist Michio Kaku.

The lead scientist responsible for decoding its signature from Kepler’s data in 2015 and authoring the discovery paper is the Armenian-American astronomer Dr. Tabetha Boyajian (assistant professor of astrophysics at Louisiana State University), in whose honor the star has been named. Boyajian serves today as a postdoc with the Yale Exoplanet group, whose research is assisted by the Planet Hunters – a citizen science group that combs data from the NASA Kepler Space Mission for evidence of exoplanets and other unusual interstellar activity. Her Ted talk in 2016 has been viewed for over 2,6 million times online.

So, what is this structure you might ask? Well to be precise it is still very much unknown what it really is. The only thing they do know is that something massive, with roughly 1,000 times the area of Earth, is blocking the light coming from a distant star. And that object is of an irregular shape, it’s not circular like a planet for example. Dr. Boyajian has described various hypothesis in her paper including collisions of asteroids, planets crashing into each other, irregular clouds of dust surrounding planets or a swarm of comets. But an “alien megastructure” is not outside of possibility, since nothing concrete has been discovered yet that could prove or disprove any of these theories. In fact since the last month Tabby’s Star is at it again, displaying huge irregularities by dimming and shining again. Space.com (May 19, 2017) describes it as follows:

The perplexing cosmic object known as “Boyajian’s star” is once again exhibiting a mysterious pattern of dimming and brightening that scientists have tried to explain with hypotheses ranging from swarms of comets to alien megastructures.

Dr. Boyajian is quite active on twitter encouraging her team of Planet Hunters – a citizen science group, to remain alert in the coming months. Hopefully someday soon this mystery will be resolved, but until then we’ll have to do with speculation.

Watch the following video for a quick overview and explanation.


A brief history of Astronomy in Armenian 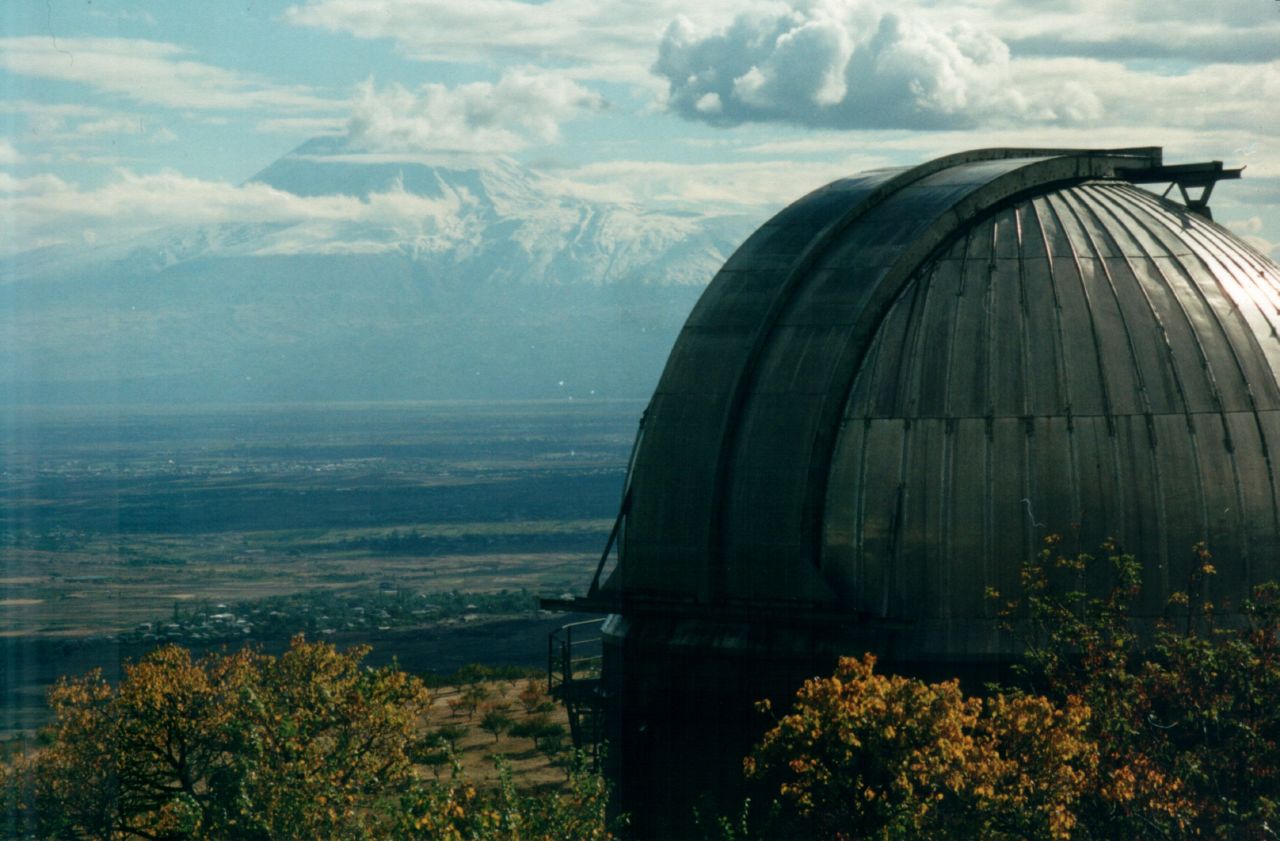 Astronomy is a beloved science to Armenians, many of which have been pioneers in their respective fields. During the Soviet Union, Armenia became the main center for astronomy after establishment of the Byurakan Observatory in 1946 by one of the founders of theoretical astrophysics; Victor Ambartsumian. The observatory has discovered special star clusters – stellar associations, more than 1,000 flare stars, dozens of Supernovae, hundreds of Herbig-Haro objects, cometary nebulae and thousands of galaxies. Some of the more famous once, “Markarian Galaxies“, were discovered by the Armenian astrophysicist Beniamin Markarian (1913-1985). He was considered one of the greatest observing astronomers of the 20th century. He worked at the Byurakan Observatory since 1946 on theories of star-formation, clusters and super-clusters.

But even further in time, Armenians have been keen observers of the sky. The ancient Armenians had a refined knowledge of astronomy. The world’s oldest known sky observatories are located in Armenia. Dated as early as 4200 BCE, Karahunj and the ca. 2800 BCE observatory at Metsamor allowed ancestral Armenians to observe skies and develop geometry to such a level they could measure distances, latitudes and longitudes, envision the world as round, and were predicting solar and lunar eclipses about 1000 years before the Egyptians began doing the same. The world’s oldest zodiac signs were discovered on rock carving at Portasar (also known as Göbekli Tepe), located in historic Armenia. One can find all types of monuments and petroglyphs, written manuscripts and astronomical terms created in the Armenian language thousands of years ago, attesting to the rich knowledge of astronomy by the ancient Armenians.

Please, correct in the article:
Dr. Boyadjian is not a postdoc she is an Assistant Professor.
Thank you