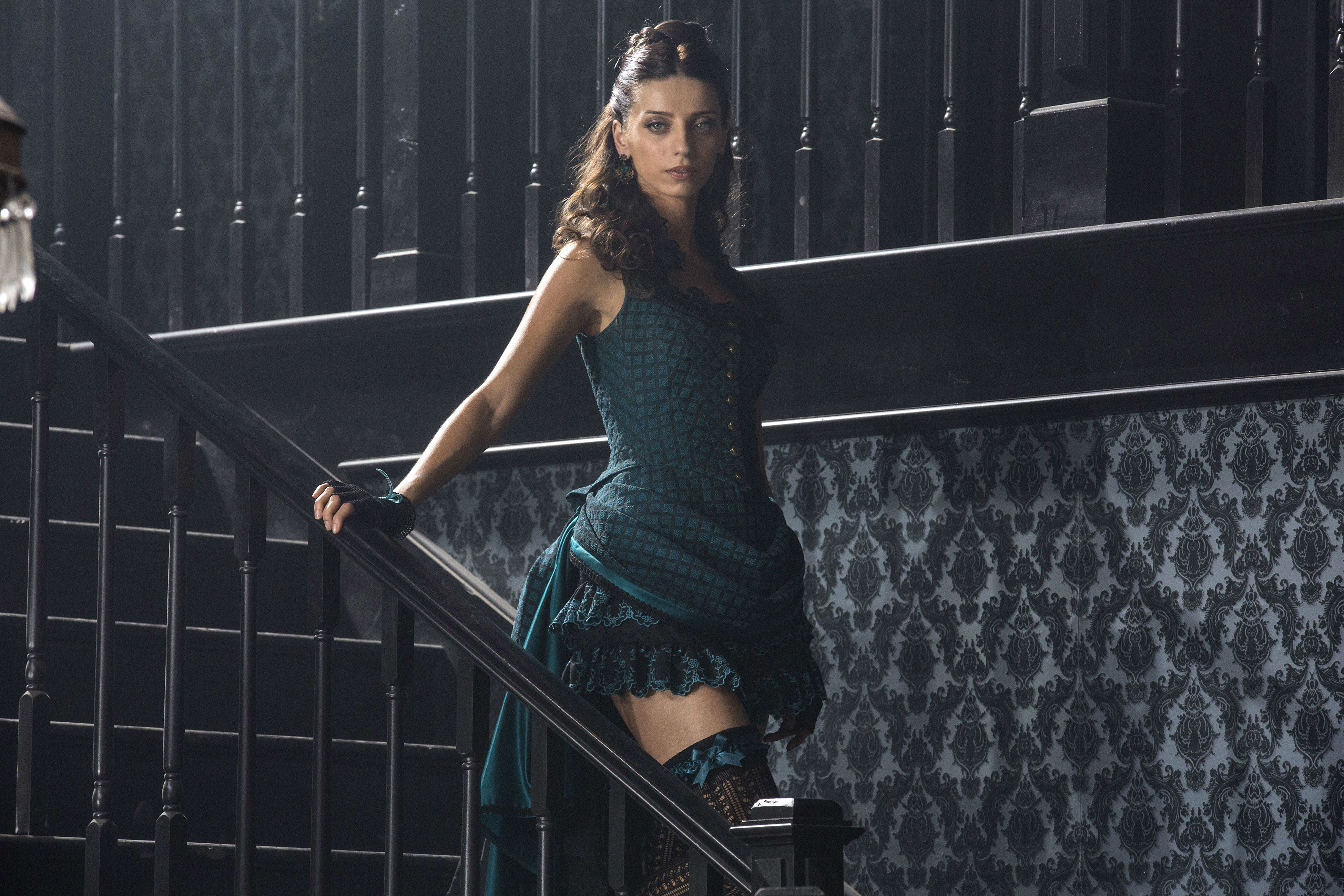 The talented Armenian American actress Angela Sarafyan is starring in in the new HBO hit series ‘Westworld’, which is highly praised by critics and already received a 9.2 rating on IMDB. Westworld is a science fiction thriller television series created by Jonathan Nolan and Lisa Joy for HBO and is being co-produced by J. J. Abrams, Jerry Weintraub and Bryan Burk. It deals with interesting phylosophical subjects such as consciousness, reality, mortality, artificial intelligence and so on.

The series takes place in a fictional technologically advanced future world, where humans have build a Western-themed amusement park filled with synthetic androids. Guests from the real world visit the theme-park to live out their fantasies (often violent and sexual) without fearing any repercussions, as the androids are programmed to not be able to harm humans. Somewhat similar to a role-playing game with life size NPC’s.

Angela Sarafyan plays a synthetic android by the name of Clementine Pennyfeather, one of the prostitutes in the story lines played out around the Mariposa Saloon in Sweetwater. She works under the madam of the whorehouse at the saloon, Maeve Millay and is described as:

“One of Westworld’s most popular attractions, every aspect of Clementine is perfectly beguiling, by design.”

She at times runs the role of Madam herself, as she has been programmed to replace Maeve when Maeve is unable to entertain the saloon’s clientele.