This marble statue of Armenia was adorned on a Roman temple of Hadrian erected by Antoninus Pius in 145 AD. The Roman temple depicted statues representing Roman provinces among them the Roman province of Armenia. The Temple of Hadrian is a temple to the deified roman emperor Hadrian on the Campus Martius in Rome, Italy, built by his adoptive son and successor Antoninus Pius in 145 AD.

Roman Armenia refers to the rule of parts of Greater Armenia by the Roman Empire, from the 1st century AD to the end of Late Antiquity. While Armenia Minor had become a client state and incorporated into the Roman Empire proper during the 1st century AD, Greater Armenia remained an independent kingdom under the Arsacid dynasty. Throughout this period, Armenia remained a highly contested region between Rome and the Parthian Empire, as well as the Sasanian Empire that succeeded the latter, and the main cause for several of the Roman–Persian Wars.

The Romans were therefore very well acquainted with Armenians and their ancient traditions. It is always interesting to see and read about ancient representations of Armenia and/or Armenian life. On this statue we can see a lady wearing “eastern attire” holding a quiver in the left and an arrow in the right hand (which seems to have been broken off at the head). Armenia was often represented with the bow and arrows in the Roman iconography, as it is often seen on their coins commemorating victory over Armenia. This is in agreement with the ancient Armenian legend of its foundation by Hayk the legendary archer.

The statue is made of marble and can be admired at the Naples National Archaeological Museum. 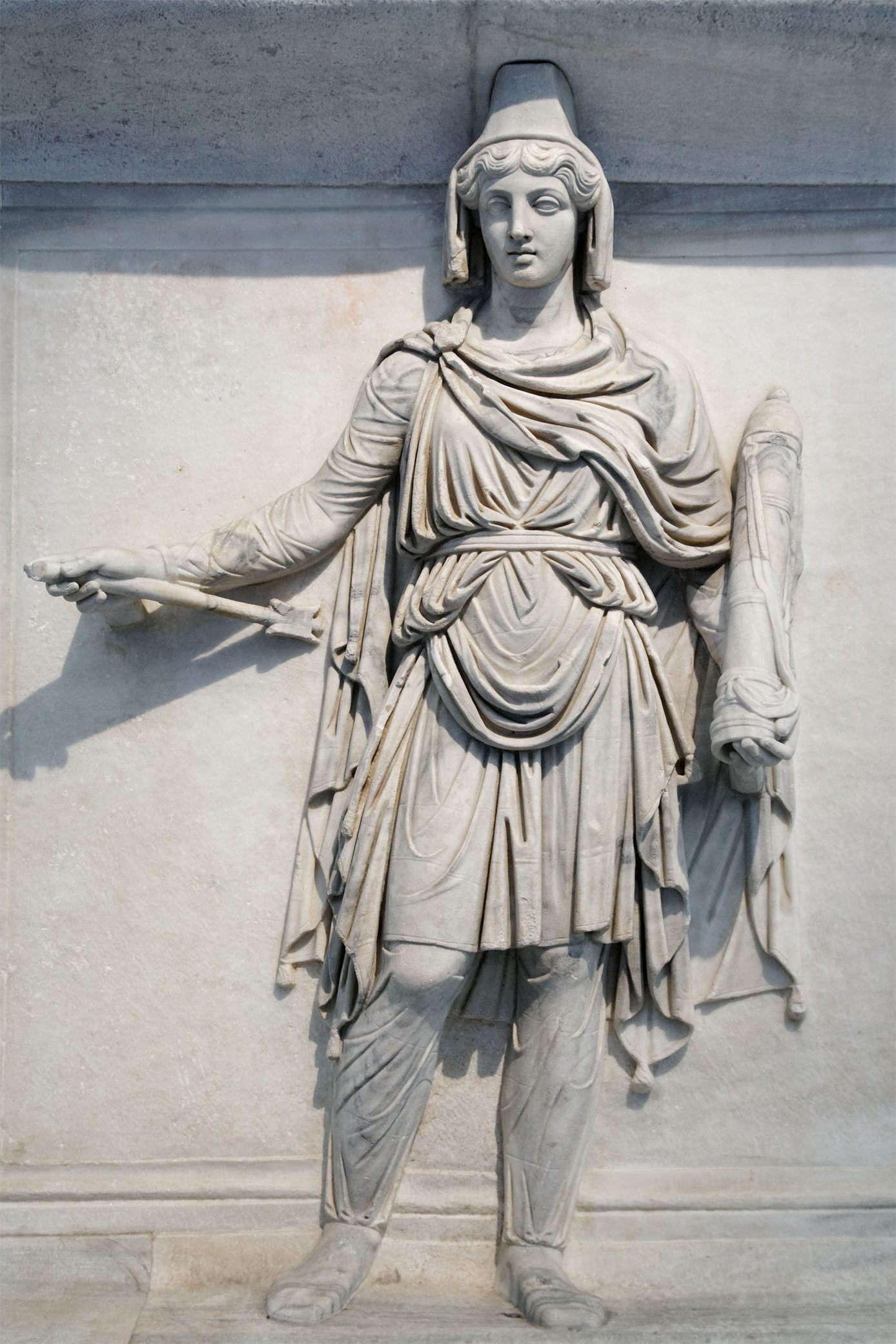 What an amazing page! Truly a treasure. So excited to have discovered it! Thank you , thank you, thank you!

I would like to know who is the author of this article- Armenia as Represented on a Roman Temple (2nd century AD)?