In honor of the 100th anniversary of the Armenian Genocide, Devil’s Due Entertainment is publishing a graphic novel “Operation Nemesis: A Story of Genocide & Revenge” with major media coverage planned.

The novel is based on the true story of Soghomon Tehlirian, a lone man who in 1921 killed the former leader of Turkey on the streets of Berlin and walked away a free man. Why? Because the murdered man Talat Pasha was the architect of a nationwide massacre of over one and a half million people. The assassination was part of a secret operation named after the Greek goddess of divine retribution, Nemesis.

Operation Nemesis was a covert operation by the Armenian Revolutionary Federation (Dashnaktsutyun) carried out from 1920 to 1922, during which a number of former Ottoman political and military figures were assassinated for their role in the Armenian Genocide. The secret operation was headed by Armen Garo, Aaron Sachaklian and Shahan Natalie.

Make sure to pick up a copy! It’s now available on amazon [HERE] for pre-order and will be sold on April 22nd. 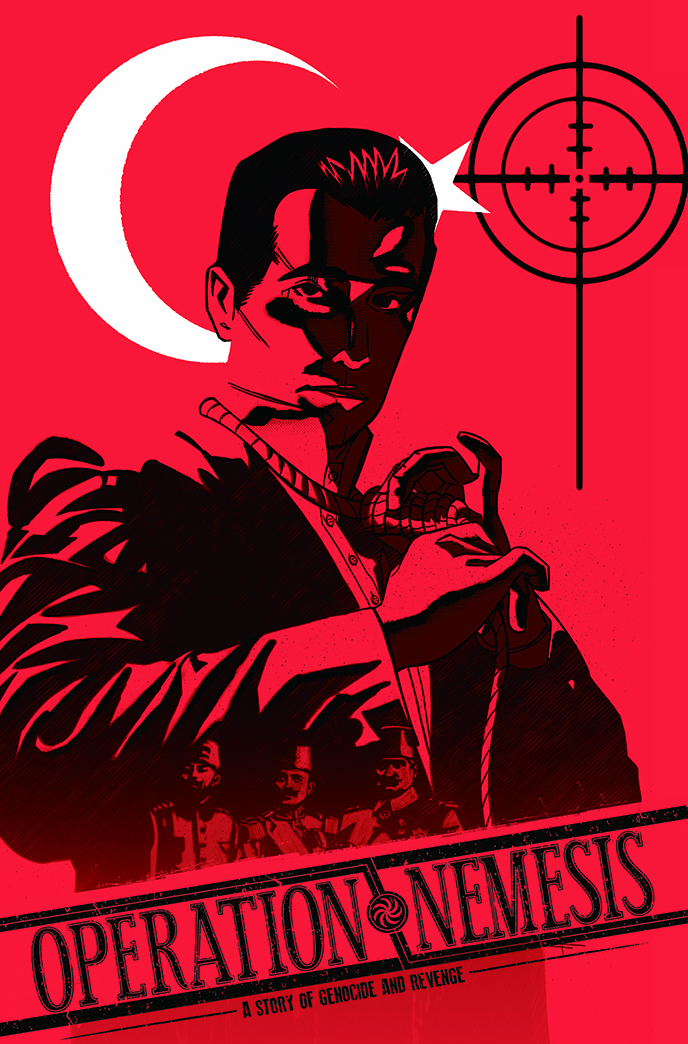 This is such wonderful page and great articles. I am unable to re-blog your post, could you please help me how to re-blog.

Thank you Mihran, let me see if I can help you.

Hmm I read that because this site is now self-hosted it does not have the feature to Reblog from WordPress.com but I will try to find a suitable plugin that would allow a similar feature. Let me see if I can find something.

Thank you so much – Your page is so powerful and I appreciate it!!

Thank you for enjoying the content. Unfortunately there is no way of adding a Reblog function on a self hosted website. The only plugin called Repost has been discontinued due to cancellation of the service. https://wordpress.org/plugins/repostus/ Maybe I will find something in the future, but in the mean time you’ll have to reblog manually (by copy pasting content or sharing a link to this page). Apologies for the inconvenience. It seems hosting a personal site has advantages but also disadvantages. This is one such disadvantage as it is not connected to the same network as WordPress.com blogs are. So it… Read more »