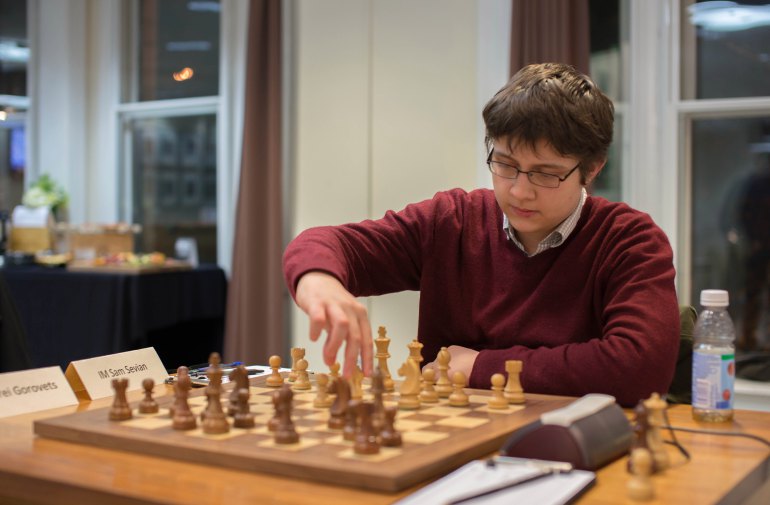 13-year-old Sam Sevian completed the final requirement to earn the title of Grandmaster, the highest title a chess player can attain. He is now the youngest American Grandmaster in history.

Sevian, who lives in Boston, had already completed his three “norms”, or superior performances in high-level tournaments, required by FIDE, the World Chess Federation. He just needed to top a strength rating of 2500 to earn the Grandmaster title. He was just 16 points shy of the mark when he arrived in St. Louis Friday to compete in the CCSCSL Invitational. Sam went on to win the Championship and earned the title of Grandmaster.

Once you earn Grandmaster status, you have it for life.

Armenia, a country in South Caucasus with a population of just three million, is a chess powerhouse. Chess holds an important place in Armenian culture that has produced some of world’s leading chess superstars like Tigran Petrosian, Levon Aronian, Rafael Vaganian, Vladimir Akopian and of course one of the greatest Chess players of all time Garry Kasparov. Armenia has produced more than 30 grandmasters and won the team chess Olympiads in 2006, 2008 and 2012. Armenian champion Levon Aronian is currently the third-best player in the world, according to the World Chess Federation rankings. In Armenia, learning to play the grand game of strategy in school is mandatory for children – the only country in the world that makes chess compulsory. Media outlets across the world have noticed Armenian achievements in Chess. BBC has named Armenia the “Cleverest nation on earth“, Al Jazeera reports on “Chess mania” in Armenia and Vice describes: “Why Armenia Is More Likely to Engineer Super-Children Than China“. By becoming the youngest American chess grandmaster, Sam Sevian is continuing an old and proud Armenian tradition of Chess playing.

We congratulate Sam on his victory and the attainment of his title and hope to see from him countless success in the future!

Congratulations, Sam. That is a wonderful accomplishment!

Sam, I just wish I could kiss your hands.

[…] while back Sam became the youngest-ever American Chess Grandmaster at the age of 13. FOX Sports Live showed an interesting segment about […]

Congratulations Sam. We Armenians and the rest of the world are very proud of you. HURRAY !

Bravo! You make all of us so proud! Shad abreese! Victory =. Armenia…..a,ways!