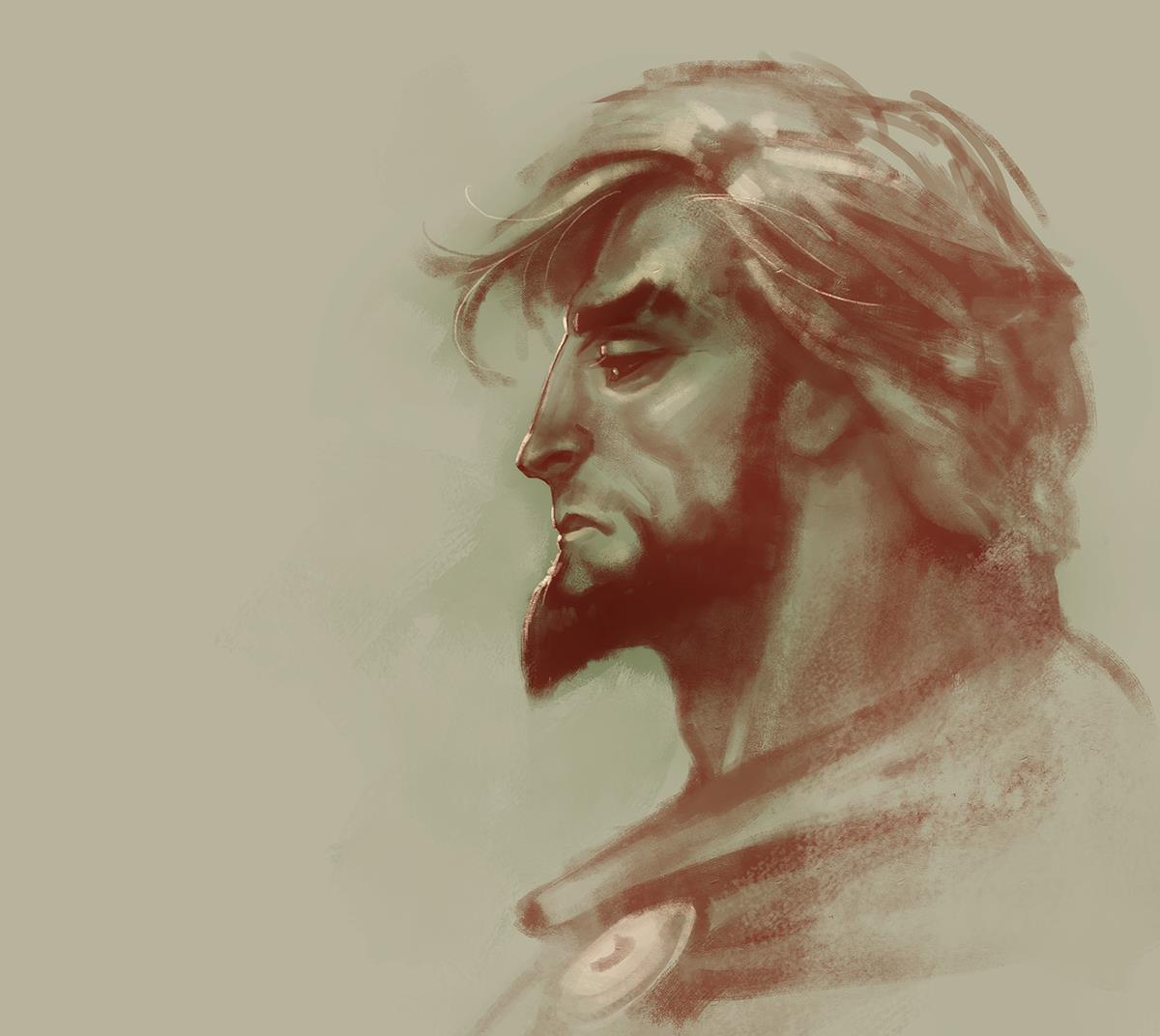 Lion Mher (Armenian: Aŕiwc “Lion” or Aŕiwcajew “Lion-shaped”) is a mythical king from an ancient pagan Armenian folk epic of the “Daredevils of Sassoun“, who slew a lion with his bare hands earning the title of “lion-like”. Lion Mher is the father of David (also known as Mher the younger), the hero of the epic. He is the epitome of the noble, wise, fair and self-sacrificing father-king. Approaching old age, he accepts with gentility the passing of his generation as the price of the next generation. As the reading from the Armenian requiem states, “except a grain of wheat falls into the earth and dies, it remains alone; but if it dies, it bears fruit.” Lion Mher represents the strength of nature and rectitude of character that bears fruit in his son, David.

He is also associated with the ancient deity Mithra. As his name suggests Mher/Mihr is the Armenian name for Mithra and there are numerous parallels between both in the epic tale. For example Lion Mher concludes a treaty with his adversary “Melik of Egypt”. This is the only treaty concluded by the heroes of Sasun. Mithra is known for mediating treaties and the name Mithra has often been explained as “treaty” “agreement” or “friendship”. Lion Mher is also know for slaying a bull similar to Mihtras. Mher learns that he cannot defeat the White Monster who has captured his bride, if he doesn’t kill the Black Bull. He finds the bull and kills it with his sword. This episode can shed light upon the problem of the origin of the key myth of Mithraism, the slaughter of the bull by Mithras. Furthermore, the Armenian Mihr (Mithras) was regarded as the son of the supreme god Aramazd. Aramazd was identified with Zeus and, like the latter, was called “thunderer”. As the thunder god’s son, Mihr is comparable with Lion Mher, whose father Sanasar, the first possessor of the “lightning sword,” represents the figure of the thunder god. Together with Mithra, Lion Mher is sometimes associated with the pagan Armenian deity Haldi of the Ararat period.  Due to his name ‘the lion-like Mher’, reminding us of Haldi’s depictions standing above a lion. Mher’s wife was acording to saga called Armahan, a name which appears to be a distortion of Aruban(i), the name of Haldi’s wife.

The epic has been passed down generations through oral traditions and bares a lot of pagan elements from the times immemorial. Below an English translation of a passage on Lion Mher:

Great Lion Mher, with his noble pride,
for forty long years ruled Sassoon far and wide.
His rule was so awesome that in his day,
across Sassoon’s peaks even birds feared to stray.
Far from the highlands where Sassoon was found,
his dreaded fame spread with a thunderous sound.
And praise for the high deeds of Lion Mher,
on thousands of lips, in one voice, filled the air.

He ruled in Sassoon with lionly might,
the prince of the highlands, unchallenged in right…