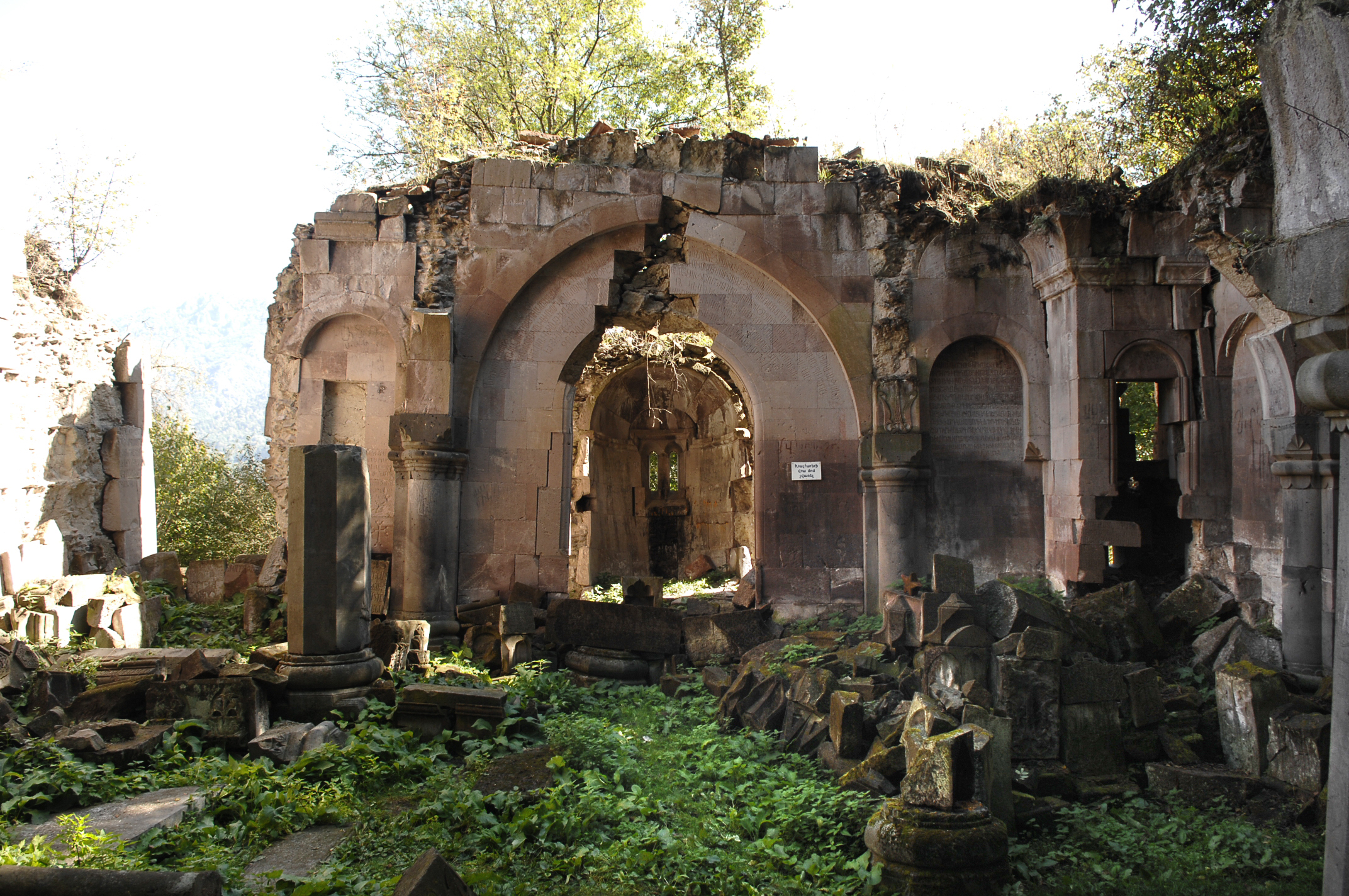 The Monastery of Bardzrakash St. Gregory in Dsegh, Armenia is among the 11 monuments and sites shortlisted for ‘The 7 Most Endangered’ 2014 program of the leading European heritage organisation Europa Nostra and the European Investment Bank.

This monastic complex, dedicated to St. Gregory, the first official head of the Armenian Church, dates from the 10th to the 13th centuries. Situated in the cultural landscape of the village of Dsegh, deep in a verdant gorge, the stone structures of the main buildings lie in ruins, without roofs, and encroached on by vegetation.

The rehabilitation of the monument would help establish Dsegh as a center for tourism and boost the local economy. However, it can only be accomplished with international expertise and support. The Ministry of Culture of the Republic of Armenia nominated the monument for ‘The 7 Most Endangered’ 2014.

This year, civil society organizations and public bodies from all over Europe submitted their nominations. Eleven sites were shortlisted by an international panel of specialists in History, Archaeology, Architecture, Conservation and Finance. The final list of 7 sites will be selected by the Board of Europa Nostra. ‘The 7 Most Endangered’ for 2014 will be unveiled at a press conference on 5 May at the House of Europe in Vienna by high-level representatives from Europa Nostra and the EIB Institute.

The remains of this monastic complex consist of a remarkable collection of medieval buildings, dating from the 10th to the 13th centuries, in the cultural landscape of the village of Dsegh, birthplace and setting of the writings of Hovhannes Tumanyan, considered by many to be Armenia’s national poet.

Deep in a verdant gorge, the remains of the monastery, dedicated to the first official head of the Armenian Church, include the Church of St. Gregory (10th century), the three-nave basilica of Sourb Astvatsatsin (1221), its narthex with delicately carved reliefs (1247), the Chapel of Sourb Harutiun (1234) and the Mamikonians’ cemetery. These ruins are in a deeply vulnerable state, not only from the encroaching jungle, but also from destructive looting.

It is proposed that the undergrowth that is causing movement in the structures be removed, and preliminary conservation measures be taken as a matter of urgency to stabilize the ruins, alongside an effective drainage system and excavation where necessary. The longer term vision is to see the establishment of Dsegh as a center for tourism within the area, using the cultural landscape and the ruins of monastery of Bardzrakash St. Gregory as a means of boosting the local economy.

Bellow more pictures of the monastery:

Reblogged this on A Woman's Wisdom and commented:
Highlighting an important part of our human culture and the need to preserve it.

Wow, this is absolutely stunning – it almost doesn’t look real, like a film set. I really hope they restore it!