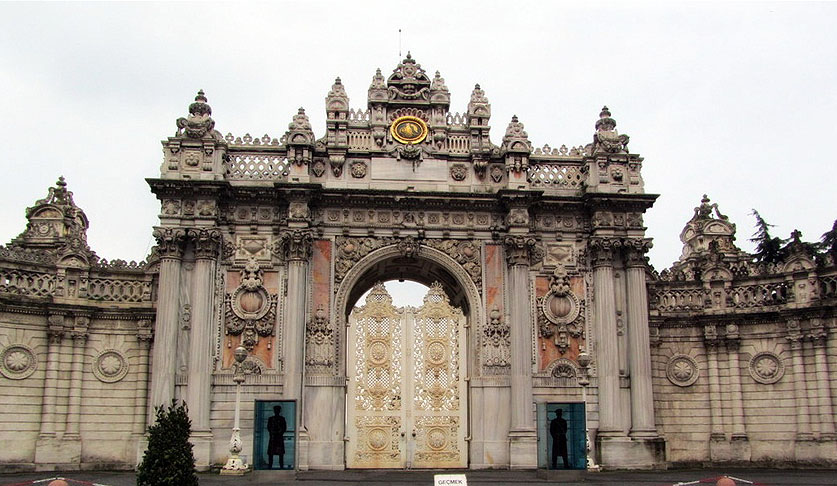 The Turkish Museum of Architecture has recently opened an online exhibition of structures in modern Turkey created by Armenian architects during the Ottoman era. The website describes the Armenian contribution to architectural development of Istanbul as follows:

“Armenian architects took on a prominent role in the construction of palace buildings and official buildings in the Ottoman Empire. The staff of the Imperial Architects Office that directed such construction projects always included Armenian architects. Young recruits to this office were trained within a master-apprentice relationship. In other words, the Imperial Architects Office also operated as a kind of school of architecture.

The architects of the Balian family…, had already been realizing the construction projects of the palace. Almost all the large mosques commissioned by sultans in Istanbul in the first half of the century were the work of the Balians. Increasingly, Levantine, Greek and other Armenian architects began to carry out the projects of public buildings and private buildings of their own communities. They were either trained by practice, or were graduating from the schools of architecture in Europe. Meanwhile, architecture seemed no longer to be a ‘popular’ profession for the Muslims of Ottoman society. After the opening of the School of Fine Arts, for a long period of time, the majority of students at the Department of Architecture were Rum/Greek and Armenian. ”

For five generations in the 18th and 19th centuries, they designed and constructed numerous major buildings, including palaces, kiosks, mosques, churches and various public buildings, mostly in Istanbul. The nine well-known members of the family served six sultans in the course of almost a century and were responsible for the evolution of the architecture of the then-capital city. The most important and largest construction built by members of the family was Dolmabahce Palace, which is considered to be one of the world’s finest palaces of the 19th century. Most of their buildings are still in use and registered as historical monuments.

Another famous Ottoman-Armenian architect was Mimar Sinan chief Ottoman architect and civil engineer for sultans Suleiman the Magnificent, Selim II, and Murad III, in the 16th century.[5][6][7]  He was, during a period of fifty years, responsible for the construction or the supervision of every major building in the Ottoman Empire. More than three hundred structures are credited to his name. He is also considered one of the world’s first earthquake engineers. His apprentices would later design the Sultan Ahmed Mosque in Istanbul, Stari Most in Mostar and help design the Taj Mahal in the Mughal Empire. He is considered the greatest architect of the classical period of Ottoman architecture, and has been compared to Michelangelo, his contemporary in the West. Among his masterpieces are such famous building as the Süleymaniye Mosque in Istanbul and the Selimiye Mosque in Edirne.

See bellow for the images from the exhibition:

5) Fletcher, Richard (2005). The cross and the crescent: Christianity and Islam from Muhammad to the Reformation (Reprinted. ed.). London: Penguin. p. 138. ISBN 9780670032716. “…Sinan the Old-he lived to be about ninety-an Armenian from Anatlia who had been brought to the capital as one of the ‘gathered’.”

6)  Muller, Herbert Joseph (1961). The Loom of History. New American Library. p. 439. According to Herbert J. Muller Sinan “seems to have been an Armenian —though it is almost a criminal offense in Turkey today to mention this probability.”

7) Decree published in the Turkish journal Türk Tarihi Encümeni Mecmuası, vol. 1, no. 5 (June 1930-May 1931) p. 10.  affirms his Armenian background. This decree by Selim II dated Ramadan 7 981 (ca. Dec. 30, 1573), grants Sinan’s request to forgive and spare his relatives from the general exile of Kayseri’s Armenian community to the island of Cyprus.

I always wonder about the amazing craftsmen

i do not know whether you can read turkish or not. though i wrote some words on garabet balyan and his heritage. with all the respect, let me share the link. http://murekkep-lekesi.tumblr.com/post/40248831857 [Beril Devlet]

From what little I can read and understand Turkish, thank you Ms. Devlet for your article regarding the Dolmabahce palace/museum, and your mentioning of the Armenian Garabet Balyan and family, as the principal architects of this imposing landmark gracing Istanbul’s skyline. Their
heritage, a testimony of their great genius, their refined taste and unabradedly skills, is a priceless national treasure bequethed to your country.

Such a variety of names in vast time span.
I am sure there are many great names are left out, as Turkish history’s
dark legacy still curtails ethnicity in particular.
Like the infamous wall of Berlin, through time many taboos will fade away
and civility will return in these lands where civilization once started.
Many tanks for publicizing this list.

With a deep pain in my hearth I wived all those magnificent architectural works and masterpieces devoted by Armenians in the time of Ottoman Empire. I am sure that many other high quality works such as music, theater and sports etc. were originally developed by Armenians in Ottoman Empire. Armenians such as to day are serving in honesty and dedication to the countries in which they live and become respected. They did the same thing in Turkey in that time and what was Turks’ reaction? committing Genocide and annihilate 1.5 million Armenians, and still not hesitating to do so. It… Read more »

The world must be prepared for its wonders to be destroyed by fanaticysm as is being witnessed today. World leaders must be strong to defendthe great incentives of any art, literature and architecture for future generations. hese are the sources of energy for a future world,, without which it will disintegrate further. Inshallah. Praise the Lord..

In late ’70, turkish tourist guides says that Dolmabahce palace was build by an “italian architect, named Baliani”… what a cultural change! Finally, the truth come out!.

[…] contribution has been remarkable to say the least. With everything from the developments in architecture, military, alphabet or in this case […]