Home  >  Geography • History • Literature  >  Asia in the Form of Pegasus

This is an interesting map, one of the earliest maps in the form of an animal (or a human). This map as it is quit creative. Armenia is situated at the brains of the Pegasus. 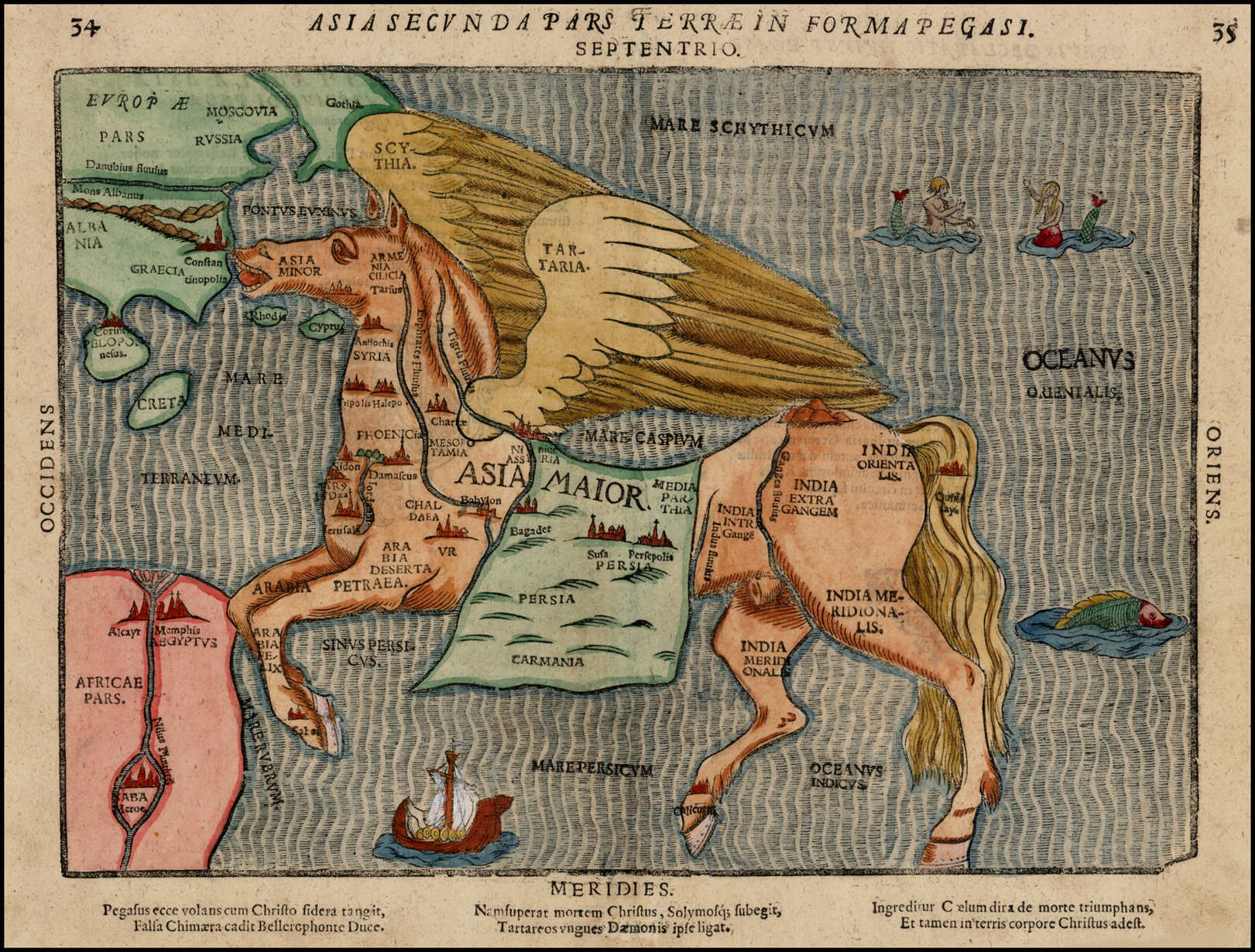 Unusual variant edition of Bunting’s map of Asia in the shape of the mythical winged horse Pegasus. The horse is drawn fairly realistically, with a good deal of imagination required to view the map. The head represents Asia Minor with the brains in Armenian Highlands. The wings portray Central Asia and Siberia. The Caspian Sea appears horizontally between the wings and the saddle. Persia is delineated on the horse blanket with the forelegs forming Arabia. The hind legs represent the Indian and Malay Peninsulas.

The map is among the earliest representations of a land mass in the form of an animal (or human).

Asia in the Form of Pegasus « Cradle of Civilization