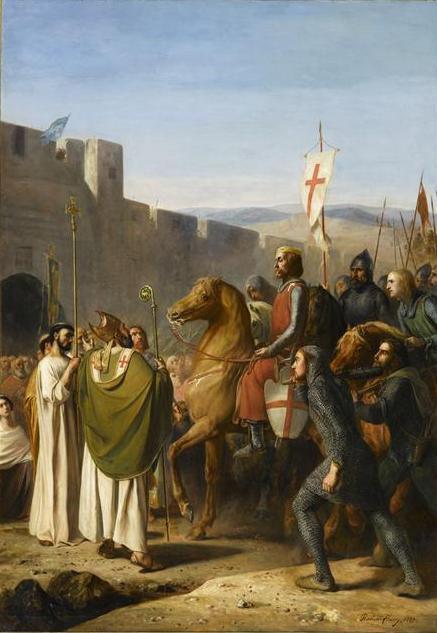 During the Crusades Armenians greatly aided the Europeans. Armenian aid to the Crusaders was described by Pope Gregory XIII in his Ecclesia Romana:

“Among the good deeds which the Armenian people has done towards the church and the Christian world, it should especially be stressed that, in those times when the Christian princes and the warriors went to retake the Holy Land, no people or nation, with the same enthusiasm, joy and faith came to their aid as the Armenians did, who supplied the Crusaders with horses, provision and guidance. The Armenians assisted these warriors with their utter courage and loyalty during the Holy wars.”

Baldwin of Boulogne before becoming the King of Jerusalem was first Duke of Edessa (Armenian Urha, Urfa), which he became by aid of the Armenian Prince Toros of Urha. Baldwin also wed the daughter of Prince Thoros, making her the first Queen of the Kingdom of Jerusalem.

[…] secret that the Armenian kingdom in Cilicia was instrumental for the Crusades. The Crusaders were welcomed in Armenia perhaps more than in any other place at the time. Pope Gregory XIII in his Ecclesia Romana […]