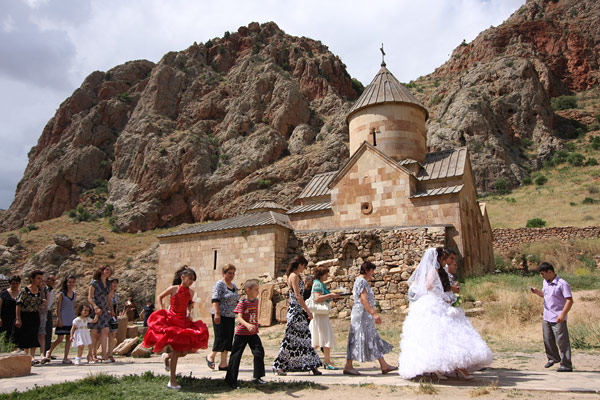 Armenia comes in at # 5 among Top 10 countries to travel to  in 2013, according to Globe Sports portal:

“Despite its rather well developed tourism infrastructure, Armenia still flies under the radar of most travellers. Boasting having been the first to embrace Christianity, the country provides ample proof of that assertion, and following the guidebooks’ suggestions will most likely leave anyone churched (or monasteried) out. Fortunately, those willing to dig a little deeper will discover a truly amazing country with a beautiful landscape, but will also encounter genuinely nice people always ready to offer them a shot of aragh (introduced by never-ending toasts), or welcome them at their khorovats picnic… or both. And with visa requirements being lifted for EU citizens, starting in January, there’s even less reason to pass on this one.”