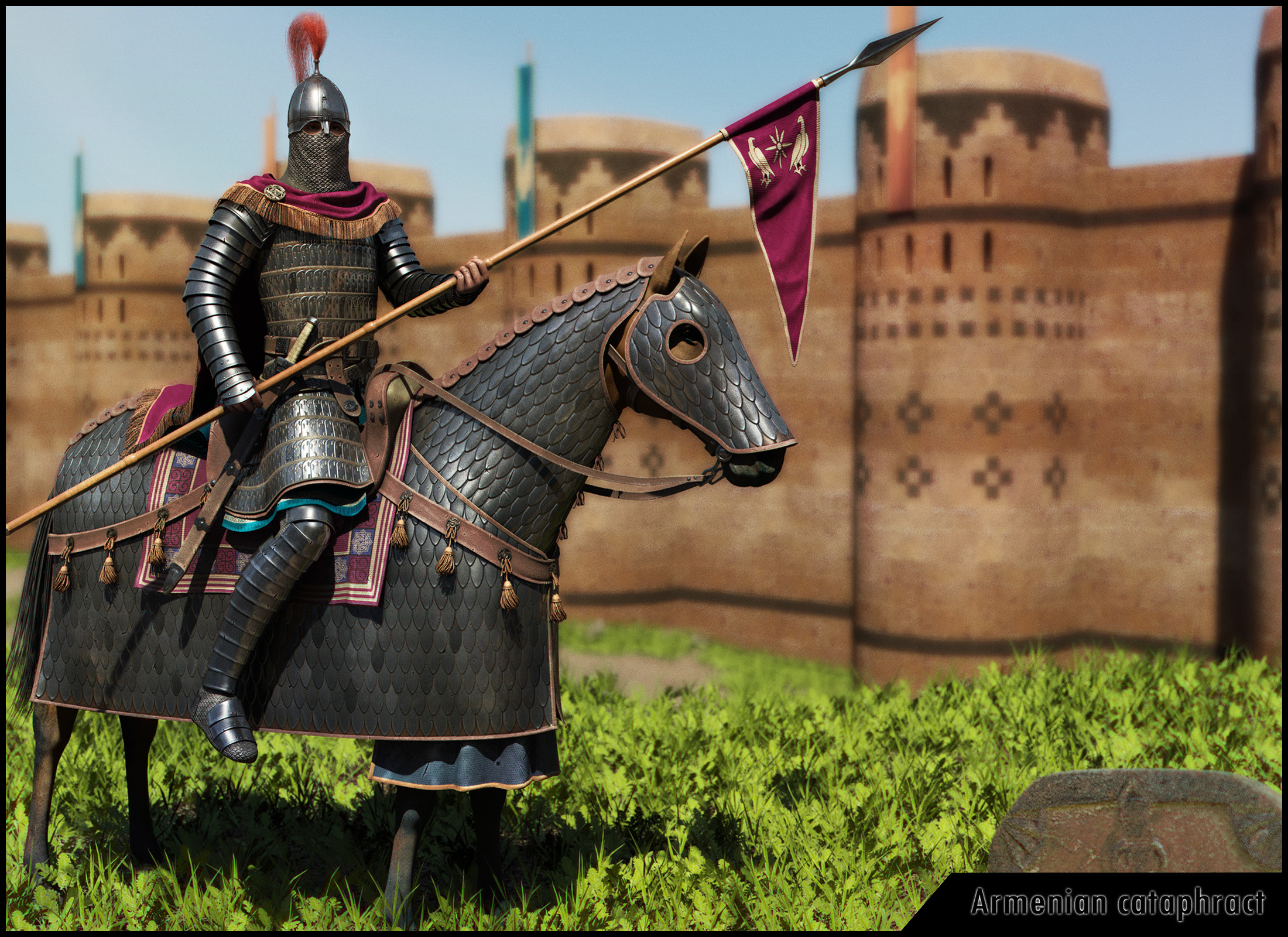 Armenian Ayrudzi Cataphract disambiguation: Ayr – u – Dzi; (Man – and – Horse). The Artaxiad Heavy Cavalry. Artaxiad Dynasty ruled the Kingdom of Greater Armenia from the Second Century BC to the First Century AD. King Tigran the Great’s best military asset was the Ayrudzi Cavalry which was noted in several primary sources; Strabo 64/63 BC – ca. 24 AD (Artaxiad period) said : “Artavasdes (king of the Armenians), at the time when he invaded Media, showed, apart from the rest of the cavalry, six thousand horses drawn up in battle array covered with complete armor.”