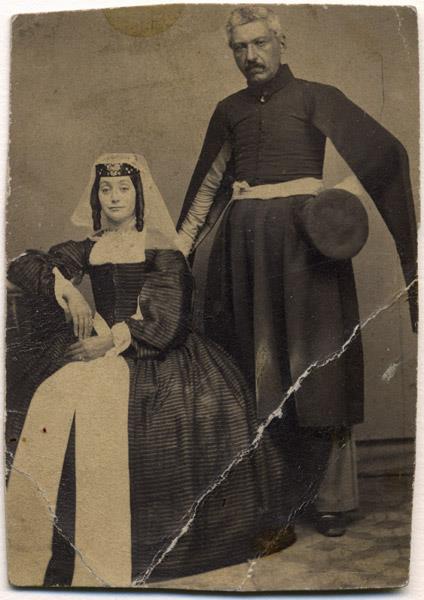 Pertch Proshyan (1837-1907) is one of the most significant Armenian writers of 19th century. Born in the village Ashtarak (Armenia), Proshyan became one of the first entrepreneurs to take up photography in Eastern Armenia in 1860. He was sponsored by a cleric from Tiflis who wanted the young writer to learn the art of photography for the purpose of assembling a photographic record of Armenian historical monuments. While this project failed, Proshyan continued to practice as a commercial photographer in various corners of the Caucasus. He is known to have taken only portraits, which are notable for their simplicity as well as an astute observations of the psychological traits of the sitters. In all likelihood he stopped taking photographs by mid 1870s, dedicating himself to writing, journalism and educational work. His photographic legacy remains little known and overshadowed by his literary output.

You are doing great work, actually you are spreading light to all around you. Thank you

Thank you brother for you wonderful comment. 🙂 Happy Easter!