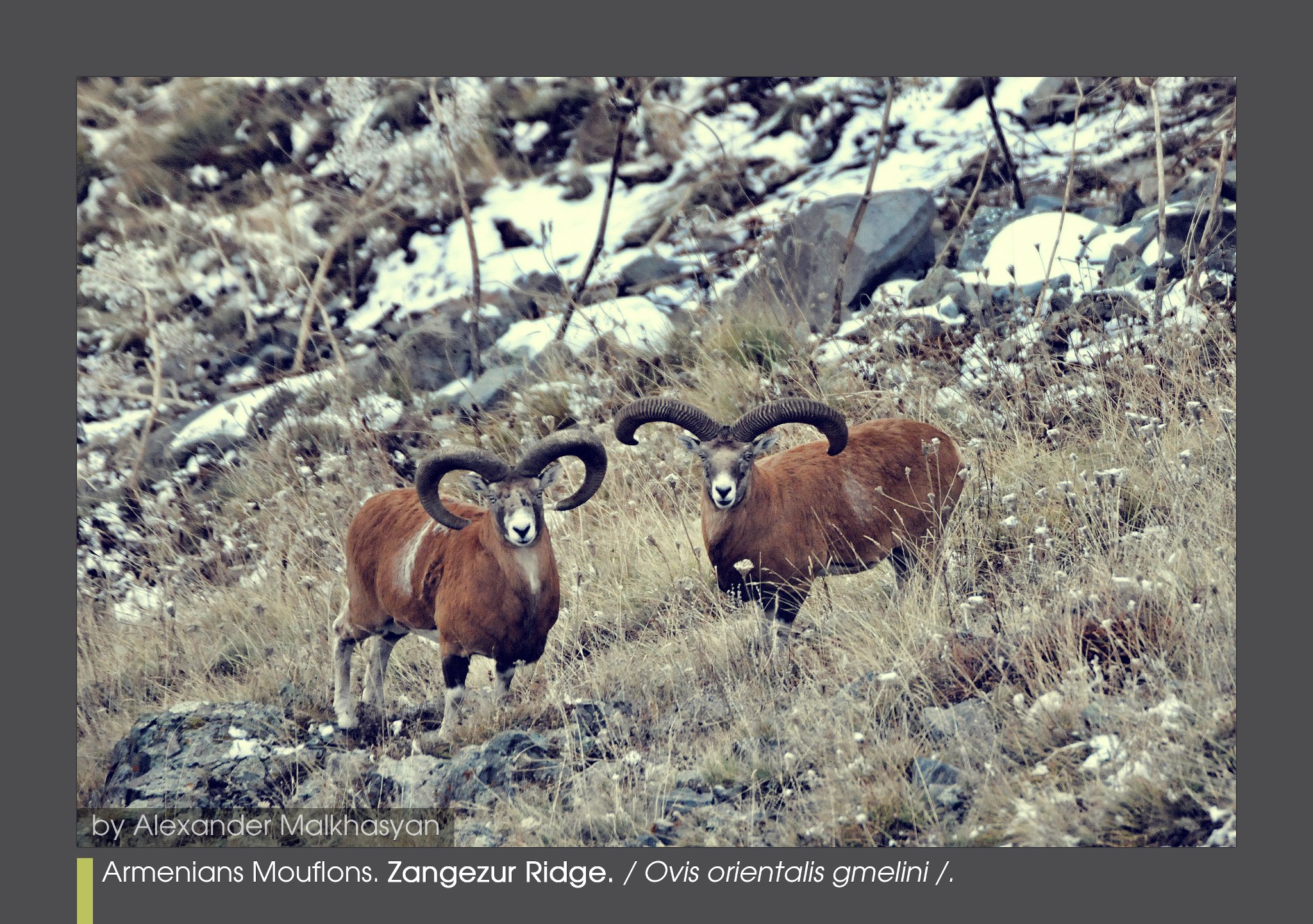 Armenian Mouflon (Ovis orientalis gmelini – Blyth, 1851), is a resident of the mountain foothills and rolling steppe of Armenia, Iran and Nakhchivan. They live mostly in open rough terrain at medium or high altitudes, where they inhabit rocky hill country. These alpine sheep spend the summer at the highest elevations, up to six thousand meters, right below the permanent snow. In winter they move lower and may come into the valleys. They live in small or larger herds, and in the summer the older males live singly or in separate groups. They may live up to 18 years. Armenian Mouflon is considered a critically endangered species. In Armenia, it has been forbidden to hunt them since 1936. Armenian mouflon is now found only in two protected areas, the Khosrov Nature Reserve in Armenia created for this mouflon’s protection, and the Ordubad Sanctuary (Nakhichevan, controlled by Azerbaijan). A captive breeding program has been initiated at the Zoological Institute of Armenia.