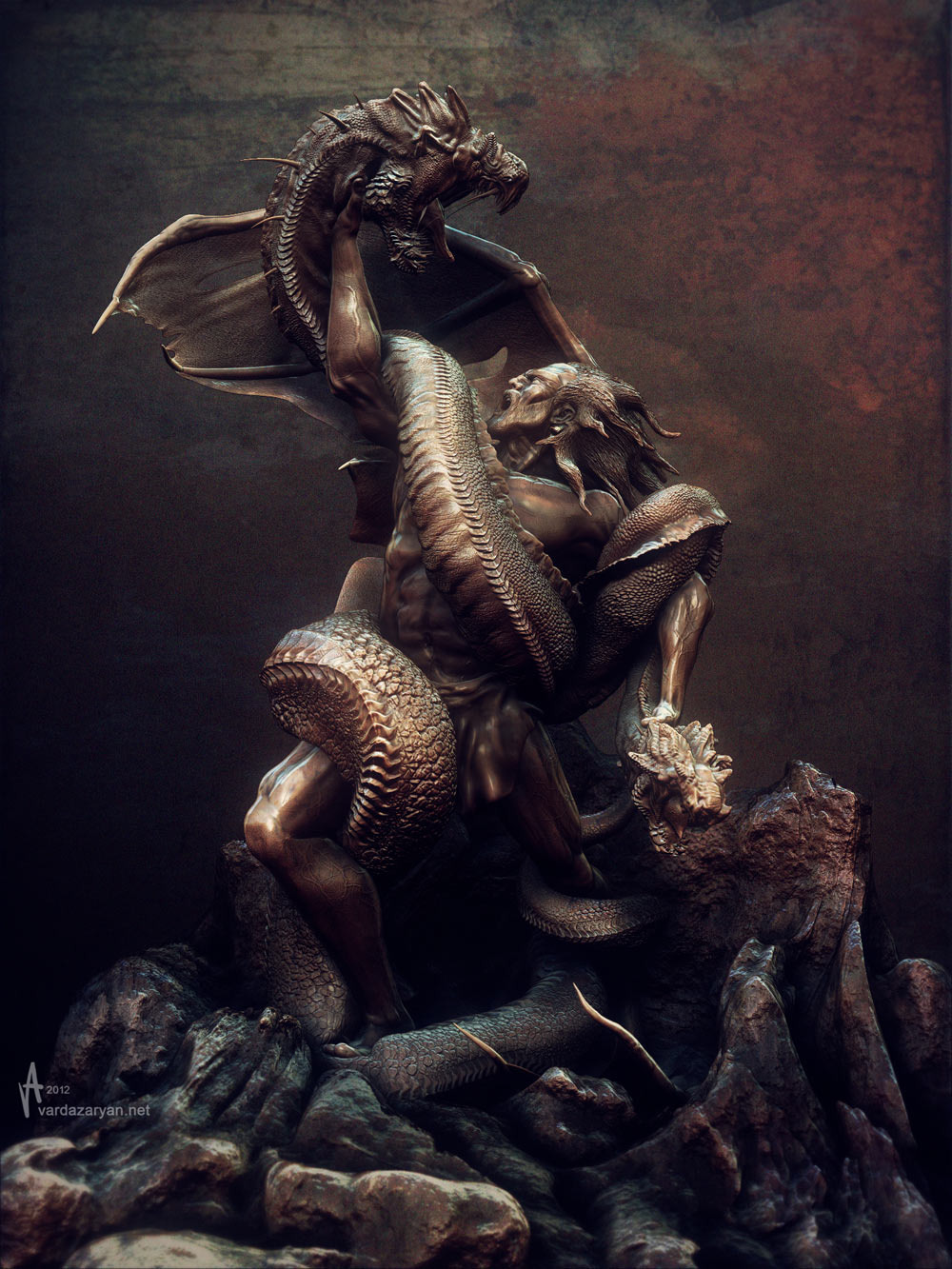 Vahagn (Armenian: Վահագն) was a God worshiped anciently and historically in Armenia. Some time in his existence, he formed a “triad” with Aramazd and Anahit. The priests of Vahévahian temple claimed Vahagn as their own ancestor. Historian Khorenatsi‘s report of an ancient song gives a clue to his nature and origin: Ancient Armenian origin of Vahagn’s birth song.

In travail were heaven and earth,

In travail, too, the purple sea!

The travail held in the sea the small red reed.

Through the hollow of the stalk came forth smoke,

Through the hollow of the stalk came forth flame,

And out of the flame a youth ran!

Fiery hair had he,

Ay, too, he had flaming beard,

And his eyes, they were as suns!

Other parts of the song, now lost, said that Vahagn fought and conquered dragons, hence his title Vishabakagh, “dragon reaper”, where dragons in Armenian lore are identified as “Vishaps”. He was invoked as a god of courage, he was also a sun-god, rival of Baal-shamin and Mihr.

The Vahagnian song was sung to the accompaniment of the lyre by the bards of Goghten (modern Akulis). The stalk or reed, key to the situation, is an important word in Indo-European mythology, in connection with fire in its three forms.

The artits of the image: Aram Vardazaryan

Reblogged this on Notes of a Spurkahye and commented:
<3 Our old gods!

[…] This proper noun comes from the pre-Christian Armenian legend devoted to the god of fire – Vahagn. It is noteworthy that this name is rather old and is cognate with the words “vah” and […]

Could this mysterious deity be the Armenian God Vahagn? - PeopleOfAr

[…] another piece of striking similarity comes from the mythical song of Vahagns birth. Khorenatsi recounts an ancient song sung in the honor of Vahagn that tells of a myth of his […]