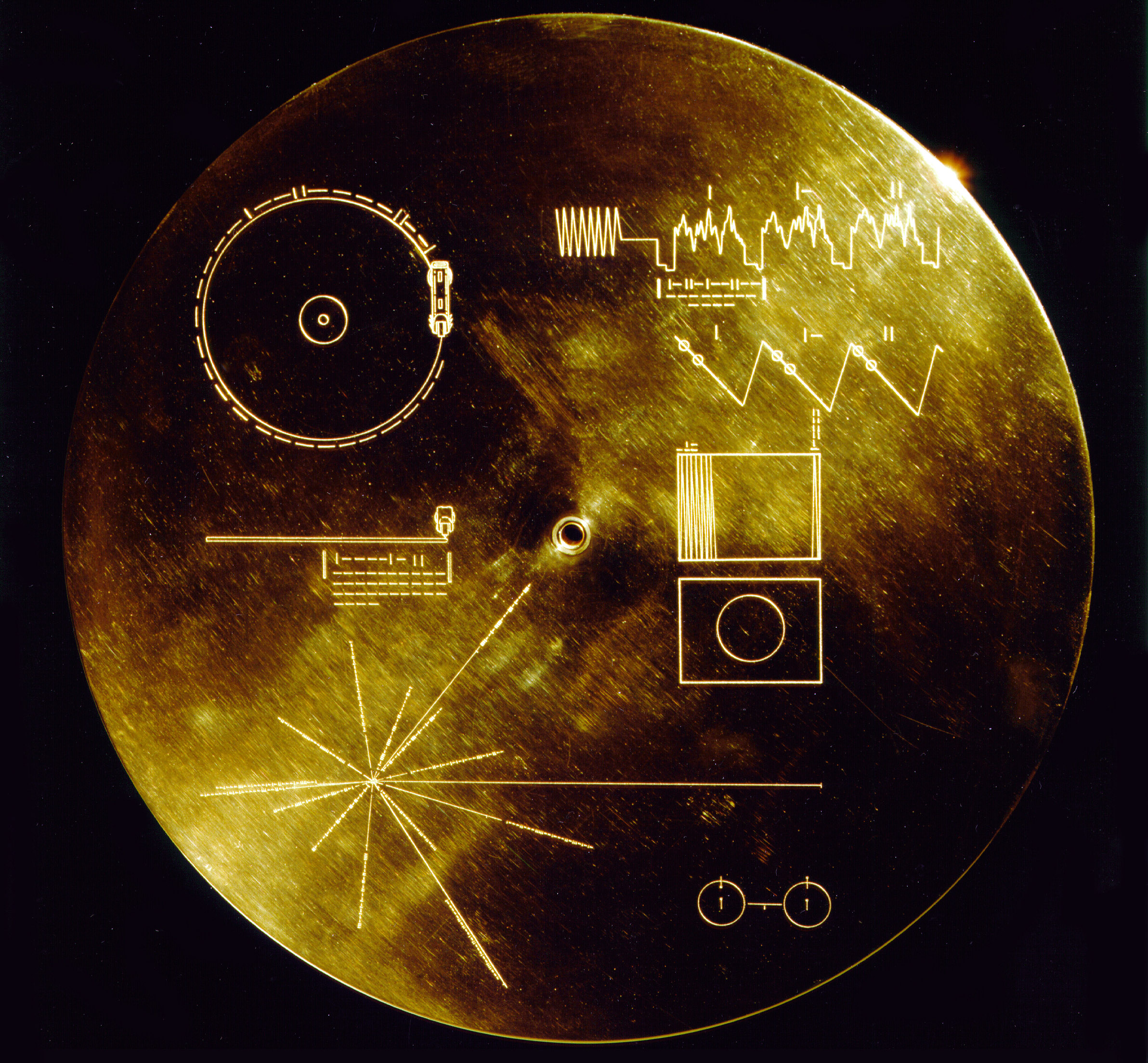 In 1977 NASA launched two unmanned space missions under the Voyager program. Voyager 1 and Voyager 2 carried on board Golden Records containing greetings in 55 different human languages, music from different cultures and a collection of 116 images and a variety of natural sounds of Earth. They are intended for any intelligent extraterrestrial life form, or for future humans, who may find them. The Voyager spacecrafts are not heading towards any particular star, but Voyager 1 will be within 1.6 light years of the star Gliese 445 in the Ophiuchus constellation in about 40,000 years.

Among the greetings sent to the edges of space was included Armenian. I recently discovered the original recording of the Armenian greeting and decided to share it.

The greeting translated to English is:

“To all those who exist in the universe, greetings.”

Reminds me of the following famous Armenian poem by Yeghishe Charents

Below a List of all the human languages contained on the Golden Disc.

President Carter’s official statement placed on the Voyager spacecraft for its trip outside our solar system, June 16, 1977:

“We cast this message into the cosmos … Of the 200 billion stars in the Milky Way galaxy, some — perhaps many — may have inhabited planets and space faring civilizations. If one such civilization intercepts Voyager and can understand these recorded contents, here is our message: We are trying to survive our time so we may live into yours. We hope some day, having solved the problems we face, to join a community of Galactic Civilizations. This record represents our hope and our determination and our goodwill in a vast and awesome universe.”