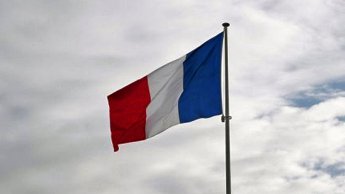 Yesterday evening France has finally taken the historic step forward in supporting human rights around the world.  As I have mentioned earlier, a month ago the French lower house of parliament approved a bill to condemn the denial of the Armenian Genocide as an offense by law. The bill still had to pass the Senate and therefore was uncertain about its official approval. But yesterday evening, despite provocations by the Turkish protesters and the blackmail from Ankara a majority vote in the Senate finally approved the bill declaring the denial of the Armenian Genocide officially an offence. As expected the Turkish government reacted furiously, threatening to break all relations with France once again. They already recalled their ambassador from Paris and cancelled bilateral visits between the two countries after the French lower house passed the bill in December, and Turkish Prime Minister Recep Tayyip Erdogan warned “this is only the first phase.” In response Sarkozy said : “France doesn’t need an OK from another nation to develop its policies.” In a letter to the Turkish government, he added the law is not aimed at any country, but only at addressing past suffering.

Many analysts ponder on whether this is a political decision by Sarkozy and his party in order to gain votes from the Armenian community. I for one strongly doubt this assumption for the simple fact that there are about twice as much Turks living in France than there are Armenians. According to most experts about 350,000 Armenians reside in France, while Turks of France amount to 500.000 to 600.000 people. Not to mention the ever growing influx of immigrants from Turkey into France. After all, after Germany, France is the main destination country for Turks who emigrate. Furthermore, Turkey has for long been and still is a major strategic and economic partner of the West. Being a NATO ally and one of the major economies in the region, angering Turkey has far more consequences than pleasing a select group of Armenians. According to official Turkish statistics, the volume of trade between Turkey and France from January to the end of October this year was more than $13.5 billion. In addition Turkey is still the most important Muslim partner of France and the west. In contrast Armenia is struggling economic development and holds little to no geopolitical significance with little to no  natural resources. In addition Armenia never threatened with any sanctions whether this bill be adopted or rejected. Turkey on the other hand has for long  been threatening France with seizure of all diplomatic, economic and political ties. Which they always implement whenever the issue of Armenian Genocide is mentioned.  Therefore the speculation on the approval of the bill being an opportunist political move by the Sarkozy’s camp simply falls apart in the face of reason. I’m sure Turkish lobbyists hold way more power and money to influence French voters and the consequences of aggravating Turkey far outweigh the gains Sarkozy would receive from a few Armenians.

No, on the contrary, I believe France has taken a bold stance on condemning crimes against humanity in the face of fierce  provocations from Turkey and against all odds. People of France have made their decision in support of human rights and universal peace, despite threats and accusations. Unfortunately in the world we live in crimes have to be punishable by law in order to prevent future occurrences and past crimes need to be recognized and condemned in order for peace to prevail over chaos. Criminals should not set the example by getting away with crimes unpunished and uncriticized. Attesting to the significance of condemning such past transgressions is the infamous conversation Hitler had with his officers. When Hitler first proposed his final solution, he was told that the world would never permit such a mass murder. Hitler then silenced his advisers by asking, “Who, after all, speaks today of the annihilation of the Armenians?” Being a descendant of Armenian Genocide victims myself I applaud the French government for this bold move. Besides the bill does NOT limit itself solely to the denial of the Armenian Genocide, in fact the bill condemns denial of ALL Genocides around the world and throughout the history.  This is a huge victory for human rights across the world. Therefore I again say VIVE LA FRANCE!!!

[…] huge amount of pressure Turkey is forcing on the French government to dismantle the newly adopted Genocide bill, it’s worthy to mention this striking […]