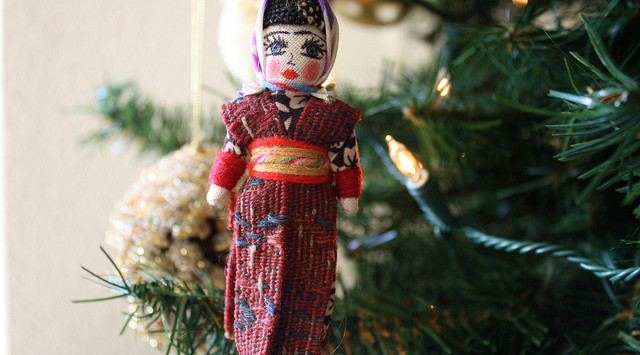 As most Christians in the Western world are well aware of, today marks Epiphany, the day the Christ child was visited by three wise men (Magi). But for families from Armenia, it’s the Christmas Day. It is frequently asked as to why Armenians do not celebrate Christmas on December 25 with the rest of the world. According to the Western Diocese of the Armenian Church:

“Historically, all Christian churches celebrated Christ’s birth on January 6 until the fourth century. According to Roman Catholic sources, the date was changed from January 6 to December 25 in order to override a pagan feast dedicated to the birth of the Sun which was celebrated on December 25. At the time Christians used to continue their observance of these pagan festivities. In order to undermine and subdue this pagan practice, the church hierarchy designated December 25 as the official date of Christmas and January 6 as the feast of Epiphany. However, Armenia was not effected by this change for the simple fact that there were no such pagan practices in Armenia, on that date, and the fact that the Armenian Church was not a satellite of the Roman Church. Thus, remaining faithful to the traditions of their forefathers, Armenians have continued to celebrate Christmas on January 6 until today. “

This emphasis (according to professor Chambersburg) explains why Armenians celebrate Christmas without the materialism prevalent in American tradition. Unlike the American Christmas, which emphasizes a visit by Santa Claus, Armenians do not exchange gifts on Armenian Christmas. Instead, the Armenian Santa (Dzmer Pap) visits children on Jan. 1 — New Year’s Day.

In Armenian homes, the faithful celebrate Christmas from 5 p.m. Jan. 5 to 5 p.m. Jan. 6, during which time they eat no meat, as a spiritual preparation for Christ’s coming.

The first evening, Armenians attend a Divine Liturgy service at church, after which each family takes home a lighted candle to symbolize the Light of Christ coming into their homes. Their evening meal consists of fish, rice pilaf, greens and wine.

Merry Christmas to all and happy birthday to baby Jesus

[…] the spirit of Armenian Christmas on 6th of January, I’d like to share these beautiful photographs of Armenian Priests taken by […]