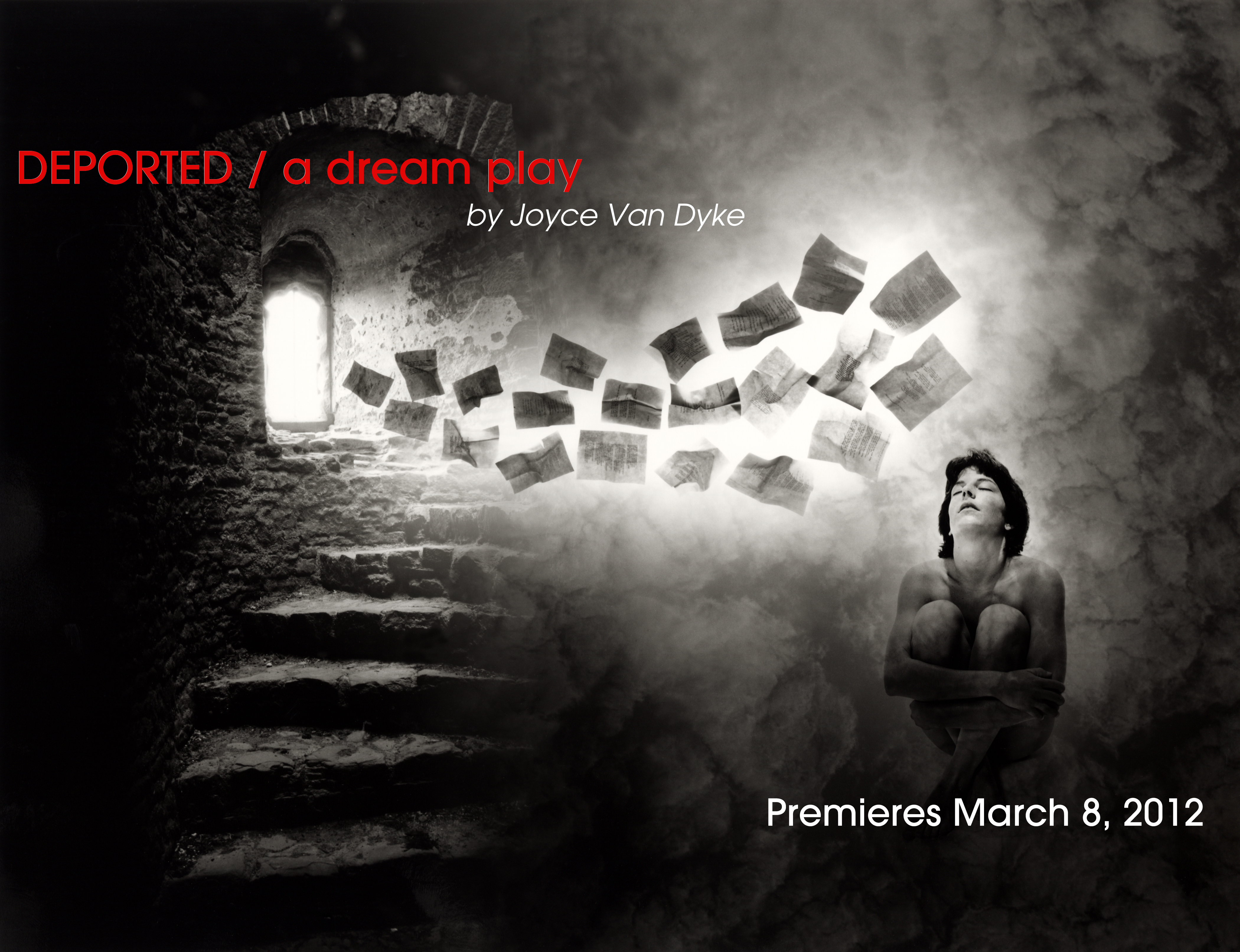 A very interesting play by Joyce Van Dyke is soon (March 8, 2012) to be performed at the Modern Theatre in Boston. Unfortunately I don’t live anywhere near Boston or the United States for that matter, but those interested should definitively take a look. I’ve got a feeling it’s going to be very emotional and aesthetic.

Deported is a dream play.  The story of two women friends, it fuses the everyday and the surreal.  Dreams evoke the repercussions of a long-ago genocide, down through more than a century – from 1915 to 2015 and beyond. “Memories and dreams interweave in this tale of enduring friendship incorporating music and dance. It is inspired by the true stories of its two main characters – the playwright’s grandmother, Elmas Sarajian Boyajian, and her best friend, Varter Nazarian Deranian (the mother of Dr. H. Martin Deranian).  The history in brief: during the two decades before World War I, the Ottoman government engaged in repeated massacres of its Armenian citizens. These massacres culminated in the genocide that began in 1915. Armenian men were rounded up and killed. The women and children were “deported,” a death march through the desert which few survived. In the summer of 1915, Varter Nazarian and Elmas Sarajian (called “Victoria” in the play) were among those deported with their children from the city of Mezireh in what is now Turkey.  Elmas had three children.  Varter had six, with another born to her on the deportation route.  The two women lost all their children on the deportation.  They eventually reached Aleppo where they remained until 1920.  In 1920 they boarded a ship together, bound for the United States.  In America each woman remarried and had another child.  Elmas is pictured here in 1930 in Providence with her second husband and their daughter (both of whom are also characters in Deported).   Elmas and Varter remained close friends until Varter’s premature death in 1929.  Elmas died in her sleep in 1977.