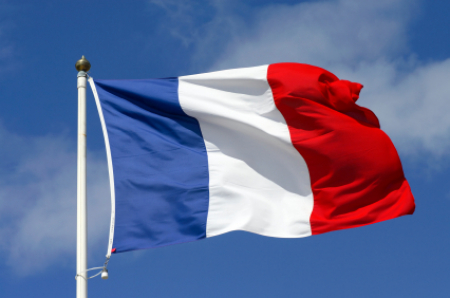 In this post I just want to take a few moments to praise the French government and the people for doing something very courageous. Yesterday the French lower house of parliament approved a bill in support of human rights, condemning the denial of the Armenian Genocide as an offense by law. For it to become a law the bill still needs Senate approval, but this passing is already a victory for human rights. While most western countries already adopted similar bills in condemnation of the denial of Jewish Holocaust, no such law ever existed in honor of the Armenian Genocide. Therefore it is an historic step forward in the struggle against crimes against humanity.

In response the Turkish government has been blackmailing France and other countries with sanctions if they would pass such laws or even support the recognition of the Armenian Genocide. Turkish Prime Minister Recep Tayyip Erdogan halted bilateral political and economic contacts, suspended military cooperation and ordered his country’s ambassador home for consultations. “As of now, we are canceling bilateral level political, economic and military activities,” Erdogan announced. “We are suspending all kinds of political consultations with France” and “bilateral military cooperation, joint maneuvers are canceled as of now.” 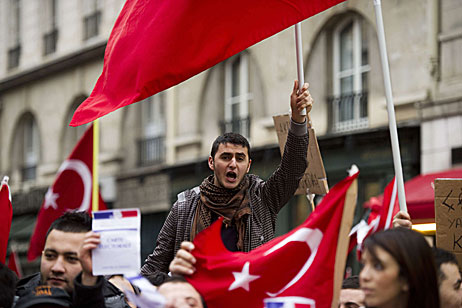 On top of that, Turks living in Europe have initiated aggressive protests in response to the bill. But despite all the provocation the French proved that crimes against humanity should never remain forgotten and criminals should not think they can get away with murder. Some French lawmakers expressed outraged at Turkey’s attempt to sway their vote and a demonstration by Turks living in France outside the National Assembly. “The fact that we are subject to pressures … in front of the National Assembly where the heart of the (French) Republic beats, I find that particularly shocking,” said Valerie Boyer, author of the measure and lawmaker from Sarkozy’s conservative UMP party. “Laws voted in this chamber cannot be dictated by Ankara,” said Jean-Christophe Lagarde, a deputy from the New Center party. Despite all the blackmailing France has reiterated that there is no statute of limitation on crimes against humanity and their denial is subject to condemnation. They have given human rights advocates new hope and therefore I say VIVE LA FRANCE!

[…] taken the historic step forward in supporting human rights around the world.  As I have mentioned earlier, a month ago the French lower house of parliament approved a bill to condemn the denial of the […]