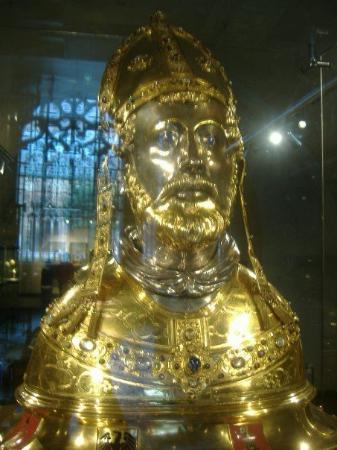 This is a sculpture of Saint Servatius.

Saint Servatius (Dutch: Sint Servaas; French: Saint Servais) (traditionally died 384) was bishop of Tongeren—Roman Atuatuca Tungrorum the capital of the Tungri—one of the earliest dioceses in the Netherlands. Later in his life he fled to Maastricht, Roman Mosae Trajectum, where he became the first bishop of this city. He spread Christianity to the Low Countries when he built a church over the Roman temple of Fortuna and Jupiter, the Church of Our Dear Lady. This church is still a very important spiritual and religious site in Maastricht.”

He was the first Bishop of Holland. He is believed to be the first to Christianize the Netherlands. And is therefore regarded a Saint. According to himself and written accounts of his origins he came from Armenia.

“Legends accumulated round the historical figure of the bishop. Two medieval vitae—recently translated into English— place Servatius’ birth in Armenia…”

The Saint Servatius Basilica from the inside. 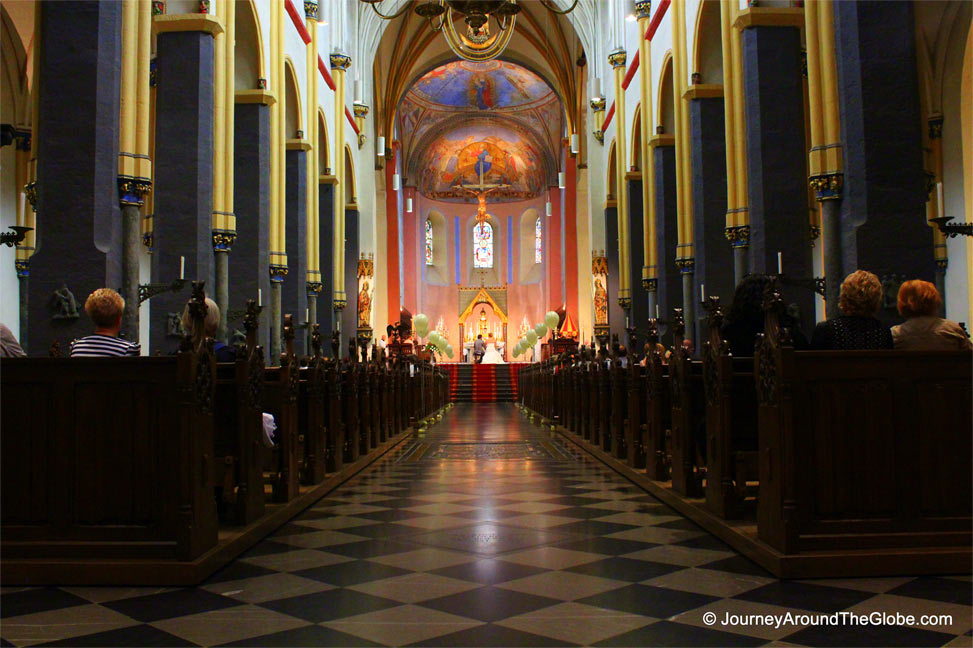 Furthermore according to some accounts his real name was Aravatius.

“According to Gregory of Tours, the translation of the see from Tongeren to Maastricht occurred when the Huns threatened Tongeren, and a certain Aravatius (identified by some scholars as Saint Servatius) went on pilgrimage to Rome. “